Alejandro Aranda is a musician, singer, and TV personality who competed on the ‘American Idol’.

As he has not been linked with any other celebrities. He is currently focusing on his career rather than being in a relationship. 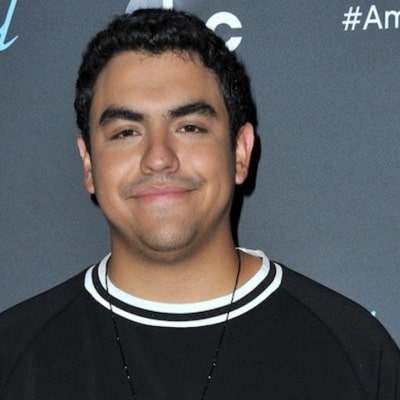 Who is Alejandro Aranda?

Alejandro Aranda is an American musician, singer, and reality television personality. He is the runner-up in the seventeenth season of ‘American Idol’.

He was born on August 11, 1994, in Pomona, California, USA. He has not disclosed any information regarding his parents, siblings, and childhood. It is reported that he admires his mother and step-father.

His biological father was abusive towards the family.

Aranda holds American citizenship but his ethnicity is unknown.

Talking about his education history, he was homeschooled.

Alejandro Aranda worked as a dishwasher to support himself at the age of 20 and he performed on the streets with his guitar and piano.

He started out on YouTube with the stage name Scary Pool Party. Also, he created his YouTube channel on November 19, 2015, and uploaded videos where he sang along with playing the guitar and piano.

Similarly, he took part in Five of Five Entertainment, a competition organized by a student-run entertainment in 2016, and was honored with the Artist of the Year award.

Likewise, he collaborated with London-based Maltese rapper Chris Bird in 2017 on the song ‘Thinking of You’.

He rose to fame after he participated in season 17 of American Idol. He auditioned on the show with his original song ‘Out Loud’ in front of judges Katy Perry, Lionel Richie, and Luke Bryan.

He is currently signed to Hollywood Records and released the single “Tonight” under the name Scarypoolparty on June 28, 2019.

He was selected as 2017 Artist of the Year in the annual talent contest held by Five of Five Entertainment and California State University, Northridge.

He must have earned a huge sum of money from his singing career however he has not revealed his exact net worth, salary, and income.

However, sources have estimated his net worth at $350 thousand.

Aranda has been successful in keeping himself far from rumors and controversies in his personal and professional life.