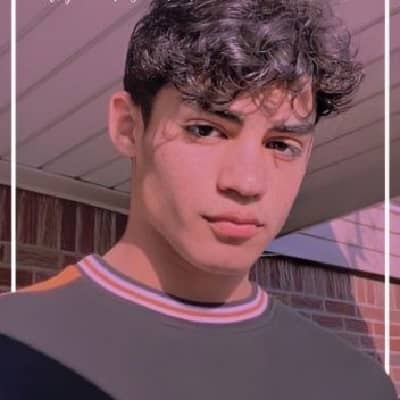 But he was dating a girl named Katie Pego. However, he and his girlfriend broke up in 2020.

Who is Alejandro Rosario?

Alejandro Rosario is an American social media star. He is mainly popular for his comedy skits, vlogs, transition videos, and more on the TikTok app.

Alejandro Rosario was born on 14 Jan 2003 in New Jersey, US. His mother is Adriana Villalta, but his father’s name is unknown.

His brother’s name is Emiliano. He belongs to a mixed ethnic background of Costa Rican and Dominican.

Currently, he is studying and is attending New Jersey’s Passaic Valley High School.

Alejandro Rosario is popular on TikTok. He has over 5.4 million followers on it and his username is alejandrozario. His videos are loved by the viewers and have around 380m likes. The first uploaded video was of him wrestling with his dog.

Furthermore, his YouTube channel was created on 22 Feb 2015. At present, he has gained over 249k subscribers and has only four uploads.

His videos are WE ALMOST GOT KICKED OUT THE MALL!!, FIRST VIDEO! Q&A, SIX FLAGS VLOG, ALVARO FILLED MY ROOM WITH 1000 PICTURES OF MY EX!, and more.

This celebrity has a net worth of $1 million US that is estimated. His other incomes are unknown but he often launches his merch.

Though he is popular on social sites, he is not surrounded by any scandals or rumors and is doing great in his web career.

Regarding Alejandro Rosario’s body features, as per the sources, his height is 5 ft 6 inches and his body weight is 60 kg.

Similarly, the color of his eyes is dark brown and his hair is also in dark brown color. He has a curved and fit body which he flaunts on social media.

This web star is available on social sites. He is famous on Instagram and has over 1.5m followers. His shirtless picture of 02 Dec 2020 was loved by his fans.

Also, read the bio of Regtoofunny, Captain Puffy, and Emraynea.