Updated On November 2, 2021 | In Child , Pregnant , Relationship
Share this 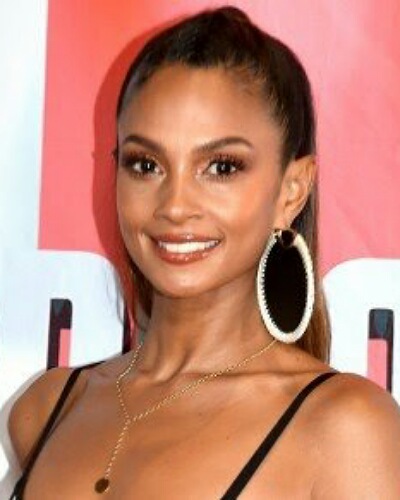 The Britain’s Got Talent former participant, Alesha Dixon turned 41 this Monday 7 October 2019. On this occasion, she made another happy announcement. She revealed that she has delivered her second daughter seven weeks back. More about this below!

It was Alesha Dixon’s 41st birthday on Monday 7 October 2019. She shared with her Instagram fans the happy news that she had delivered her second daughter 7 weeks back.

Alesha uploaded a picture of her daughter Anaya Safiya who was snuggled up against Alesha’s husband Azuka Ononye. The newborn was wrapped in a white blanket. She wrote:

“Anaya Safiya born 20.08.19 7 weeks ago this little angel came into our lives! As I celebrate my birthday today I feel like the luckiest girl on the planet.”

Alesha in 2013 had chosen her birthday to announce the birth of her first baby.

Alesha Dixon and her second pregnancy

The reality TV star Alesha Dixon had appeared in May 2019 on the show Britain’s Got Talent. It was on this show that she revealed to the show viewers that she is pregnant with her second child. But before her announcement, the hosts Ant McPartlin and Declan Donnelly spoke about her pregnancy in an opening skit of Morcambe and Wise style.

Alesha came on the stage of this live series and her baby bump was prominent at that time in her form-fitting dress. She also said at that time that she was happy and ecstatic with her second pregnancy with husband Azuka. The venue was Hammersmith Apollo in London. She had said at that time:

“It’s a lovely place to celebrate it,”

She had also stated that she is more relaxed in this second pregnancy. She said:

‘I feel great actually, I feel so much more relaxed this time around. It’s great the first time around you read every single book going and the second time you’re like, “I’ve got this.”

Alesha Dixon and her post-pregnancy figure

Alesha was seen on Saturday on second day of her rehearsals on America’s Got Talent. She was looking radiant and her first child daughter Azura Sienna, 6 was with her.

The two arrived at the arrived at the auditorium in Pasadena. Alesha was wearing a plunging black leotard with khaki linen trousers. Her post-pregnancy figure was stunning. She said:

“Azura is amazing, she’s doing really well and kisses me every day and making sure everything’s okay. She’s so excited, beyond excited.”

Alesha is a Judge on America’s Got Talent: The Champions and replaces Mel B on it.

She feels she is more responsible after her kids arrived in her life. She admitted:

“I’m definitely a more sensible human being since becoming a mother. I’m not as reckless. But the most important thing Azura’s done is re-motivate me.”

‘After she was born, I suddenly felt this wave of, “Now you’ve got to up your game even more.” I want her to see me doing all these amazing things, opening up the world for her so she can see what’s possible … Family life is so important.”