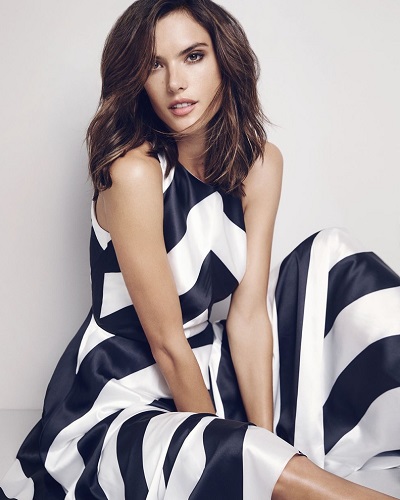 Alessandra Ambrosio the sexy model was seen on Coachella having fun with her girls and also recently celebrated her Birthday so let’s find out about all her fun!

Alessandra Ambrosio sure knows the art to get the party started!

The model kicked off Coachella weekend and #REVOLVEFestival with a poolside dinner in celebration of her new collection Ale by Alessandra x Revolve.

Fellow Victoria’s Secret model Sara Sampaio, as well as A$AP Ferg and many influencers, celebrated the day and her collection by her side.

Martha took to her Instagram to share a photo of the group photo as they were getting off the helicopter.

she captioned the fun pic.

Having kids is fun but when they do things for us it’s more excitement. If there’s anyone who knows how to have a good time, it’s definitely Alessandra Ambrosio’s kids.

The Brazilian model uploaded a video on social media on 11 April, with her family celebrating her 36th birthday together.

In the video, Ambrosio’s two children are heard and seen singing “Happy Birthday” in Portuguese, when her 8-year-old daughter Anja eventually gets very excited about the festivities and gets up on her chair to show off her best dance moves.

Four-year-old Noah also steals the spotlight by blowing out the candle on his mom’s cake.

The birthday girl shares her kids with her fiancé of eight years, businessman Jamie Mazur. Ambrosio loves to post special—and adorable—moments with her tiny tots, whether it’s at their sleepovers or family trips. She has even included these young family members on her trips to the desert for the music festival Coachella.

You may like to read Alessandra Ambrosio: her ravishing body, her confidence, and her superb Ibiza vacation with her fiance and friends!

Alessandra Ambrosio has been in a few relationships in her life. She dated Giovani Borghetti for two years when she was a teenage girl. They were in a relationship from 1995 to 1997.

After that, she dated Marcelo Boldrini for four years from 2001 to 2005. She also dated Steven Allain for several months in 2005.

After that breakup, she began dating Jamie Mazur in 2007. They got engaged in 2008. The couple together has two children named Anja Louise Ambrosio Mazur and Noah Phoenix Ambrosio Mazur.

She has not revealed any plans for her marriage until now. They have been together for a decade now and their relationship is still going very well.

W Magazine had reported that Alessandra and Jamie Mazur are staying separate for a while and trying to keep the news of their split away from the media. Their Instagram has not seen any postings of their togetherness for many months. They have split for all practical purposes.

In March 2018, the news was that Alessandra and Jamie Mazur called off their engagement.

Alessandra Ambrosio is a famous Brazilian model and actress. She is best known for her work with Victoria’s Secret and she was chosen as the first spokesmodel for the company’s PINK line. – See more at…