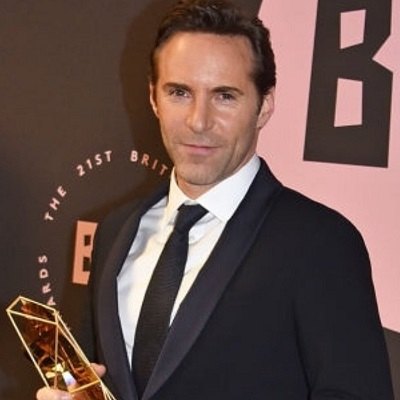 One of the pleasures of being an actor, is kind of getting out of yourself and trying to stretch and reshape yourself into someone else that's had a very different kind of experience. Obviously you bring whatever you know about life and about the way that people behave and everything to a performance.

Alessandro Nivola is married to the British actress, Emily Mortimer. The love birds started dating each other in 2001. At that time, they were working in the movie, Love’s Labour’s Lost.

The I Do ceremony took place on the 3rd of January 2003 in Buckinghamshire, England.

Their wedding guest includes personalities like Ewan McGregor, Jeremy Paxman, Sinead Cusack, and Edward Fox. Also, At the wedding, they invited a Mexican band to perform.

Who is Alessandro Nivola?

American Alessandro Nivola is a COFCA Award-winning actor and producer. Nivola is renowned as the Anthony Amado of American Hustle, and Billy Brennan of Jurassic Park III.

Last, in 2019, he appeared in the TV series, Chimerica as Lee Berger.

Next, he will be appearing in the TV series, Black Narcissus as Mr. Dean. The series is based on the novel written by Rumer Godden in 1939.

In the series, he will be sharing the screen with the actors like Jim Broadbent, Gemma Arterton, and Nila Aalia.

He was born as Alessandro Antine Nivola on the 28th of June 1972 in Boston, Massachusetts. He is of Italian-Scottish ethnicity.

His father, Pietro Salvatore Nivola was a political science professor. Also, he was a senior fellow of the research group, The Brookings Institution.

His mother, Virginia Nivola-Davis was an artist. He has a five years younger brother, Adrian Nivola who a painter by profession.

His paternal grandfather, Costantino Nivola was an Italian sculptor. Whereas his grandmother, Ruth Guggenheim was a German citizen. In 1930, Ruth moved to Italy escaping from Nazis as a refugee.

He also attended Mater Christi School when they were living in Burlington, Vermont.

– After completing University, Alessandro Nivola started his career as with Broadway as a theater artist. In his debut play, A Month in the Country, he plated the character of Helen Mirren.

– Later, in 1996, he expanded his career in movies with his debut movie, Remember WENN. In the following year, he featured the movie, Face/Off with turned out to be one of the milestones of his career. His role as Pollux Troy was highly appreciated by the viewers and critics.

– After the movie, he has featured more than 35 movies. Some of them including the year and his character name is-

– Besides movies, he has also made his appearances in the series including The Company and Doll & Em. Next, he will be appearing the series, Black Narcissus.

Apart from acting, he is also active in the production of movies and series too. However, most of his production includes the TV series and short. Some of his short movies include Wig Shop and Broken Night.

Through his career as an actor, Alessandro has made the hasty net worth of $3 million. Through his acting career, he makes in the range of $19k to $208k.

Also, as a TV producer, his earnings are $68k or above.

In 2013, he created headlines when he decided to portray the role of Terry Hobbs in Devil’s Knot.

The movie is based on the true-crime events that took place in 1993 where three young children were savagely murdered.

In this case, Hobb who happened to be the stepfather of those children was the primary suspect for the events. However, the evidence was enough to prove him guilty.

Alessandro Nivola has brown eyes with black hair. His height is 5 feet and 9 inches and weighs around 70 kg.

You May also read the bio, age, career, education, net worth, and salary of Callan Potter, Joshua Bassett, and Ron Bottitta.