Alessia Caracciolo is professionally known as Alessia Cara. She is possibly single.

Alessia Cara was in a relationship but now she is possibly single.

She was dating Kevin Garrett. He is a musician. They started to see each in 2016 but were separated in the year 2018. 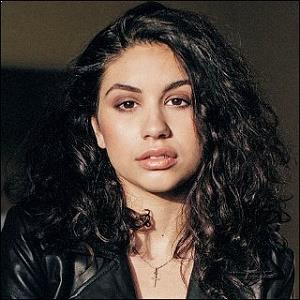 People want to create something bigger for themselves, and making up drama that isn't there gives people the impression that they have haters. It's all for attention so it looks like they are important

Success is when you see something, and you say, 'I want to do that,' and then you do it. It's being happy with what you do and doing what you love every day.

Who is Alessia Cara?

Alessia Caracciolo is professionally known as Alessia Cara. She is a Canadian singer and songwriter who is best known for her smash single ‘Here’.

Young and rising artist Alessia Caracciolo was born in Brampton, Ontario on 11 July 1996. Her nationality is American and her ethnicity is Italian.

Her mother is Enza Ciccione, and her father is Vincenzo Caracciolo. She was born to Italian parents and has three siblings, Dario, Dante, and Dania. In childhood, she developed a strong interest in the musical industry.

She studied at Cardinal Ambrozic Catholic Secondary School. At the age of 10, she began to play guitar and learned to play some songs.

She has also done theater as well as written some poetry when she was at an early age. She began her YouTube channel when she was just 13.

Alessia Cara began her musical career journey with the help of YouTube where she used to upload various acoustic cover songs. Later, she was signed to EP Entertainment along with the distribution of Def Jam Recordings which helped her career blossom.

Her singing and writing style has been compared to well-known singers such as Lorde, Amy Winehouse, and Rihanna. In April 2015, she officially debuts her first single ‘Here’ which was described as a song for everyone who hates parties by MTV.

Her song became so hit that everyone started to listen to it and won a nomination for Original Song at the Streamy Award. She started appearing on a television series as a guest and performing her songs.

She was awarded Breakthrough Artist of the Year at the ‘2016 Juno Awards’. Her success in the musical field has paid her well financially.

Cara’s net worth varies depending on the source so for now, we can say that her net worth is $5 million as of 2022.

This singer suffered a controversy with DJ Mustard surfaces as claims of ‘Classic Man’ being ripped off of ‘Fancy’.

Alessia Cara has a height of 5 feet 2 inches with a bodyweight of 55kg. She has dark brown hair color and her eye color is also dark brown.

You may also like to read Chris Santos (Actor), Liam Aiken, and Dave Abrams.