Alex Apollonov has an introverted personality, he hasn’t revealed any information about his relationship status till now.

He is busy in building his career and earning huge subscribers on his YouTube channel. 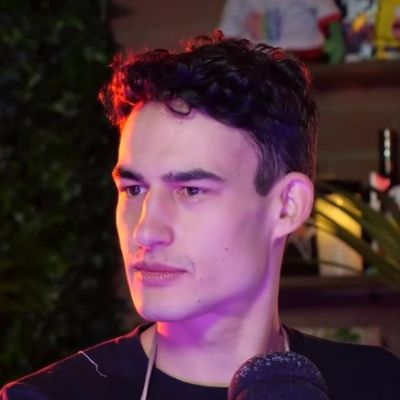 Who is Alex Apollonov?

Alex Apollonov is a famous Australian Youtube personality and comedian.

He is known for his online presence as I did a thing and his youtube channel of the same name where he publishes challenges, DIY, and myth-busting videos.

His videos are often Hilarious and make use of creative editing. He is also the co-star of Boy Boy which he played with fellow comedian Aleska Vulovic.

Currently, he hasn’t revealed any information about his family but sometimes he mentioned his family in his Youtube videos.

Talking about his ethnicity, he has European Australian Ethnicity with Australian Nationality. According to the astrologers, his birth sign is Leo.

Alex Apollonov hasn’t revealed any information about his education till now.

Talking about his career he is a very successful person with a skilled mind. In 2016, Alex Apollonov and fellow comedian Aleska Vulovic created a youtube channel Boy Boy. He often created content about colonialism, police violence, racism, and climate change.

In 2017, the short documentary-style movie titled ‘The Haircut’ was released and become the most successful comedic project produced by the Boy Boy channel.

In 2018, he again created a new channel titled ‘ i did a thing because of the low traffic of the boy channel. His new channel consists of him using engineering and fabrication skills to make various videos.

In August 2018, he released his first YouTube video making a Scorpio bottle opener out of a screw and the video has been seen more than 500,000 times.

In 2020, his channel I did a thing across one million subscribers, awarding him the Gold Play Button award. He also teamed up with Australian comedian group Aunty Donna to create their own metal monolith which they planted in Australia.

Apollon got involved in a conflict with the former host of top Gear Jeremy Clarkson over the latter’s attempt to trademark the phrase ‘ I did a thing’ in early 2022.

His most popular videos revolve around jumping rope fast enough to stop the rain has gained over 13 million views. He has also collaborated with many YouTubers including Boyinaban, Maxmoefoe, and William Osam.

In 2020 May, Apollonov participated in the creator clash event set up by fellow YouTuber IDubbbz and won by fighting against Robert James Rallison.

Alex Apollonov hasn’t revealed the exact amount but many reliable sources have estimated his net worth around $7.17 million.

He is one of the coolest YouTubers who earn a lot of amount by uploading funny videos on YouTube.

The majority of his income comes from Social media and a charity boxing tournament. Undoubtedly, he has a bright and active future, and in some years his net worth will be even larger.

Alex Apollonov has always maintained a good profile in her both personal and professional life.

Thus, She has never been involved in any rumors and controversies.

Additionally, His eyes are brown with thick eyebrows and his hair is also of the same color. He has an athletic kind of body.

His followers on Twitter are 129.3k with 372 followers under the username @ididathing1. He has posted a lot of himself along with his wife and family.

He has his official YouTube channel under the username I did a thing with 3.32M of subscribers and has posted 77 videos for now.