Alex Caruso is a professional basketball player. He is in a relationship with Abby Brewer.

Alex Caruso is in a relationship with Abby Brewer. Abby is currently working as an executive for BLND Public Relations.

He is often spotted with his girlfriend on social media and on the internet. 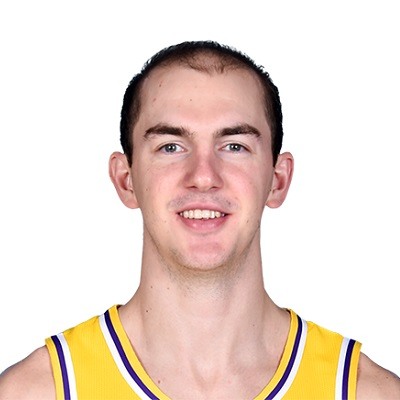 Who is Alex Caruso?

He played for the Los Angeles Lakers G League of the National Basketball Association(NBA).

Alex Caruso was born on February 28, 1994, in College Station, Texas to Mike and Jackie Caruso.

His father Mike is also a former basketball player and associate athletic director at Texas A&M.

Alex Graduated from A&M Consolidated High School, College Station, Texas, where he got an opportunity to play basketball under the coaches such as Rusty Segler and Rick German.

Then, he joined Texas A&M University from 2012 to 2016. He played for the Texas A&M Aggies when he is an undergraduate university. He played a total of 137 games over his four-year career.

For the 2016 NBA Summer League, he was signed with the Philadelphia76ers basketball team.

Alex Caruso joined Oklahoma City Thunder on Sep 23, 2016, however, later he was suspended by that team.

Also, he is acquired by Oklahoma City Blue of the NBA Development League.

NBA Debut October 19, 2017, from Los Angeles Lakers against the Los Angeles Clippers match. In that match, he played for 12 minutes and holds 2 record points, assists 2, and 1 rebound in a 108-92 loss.

Alex Caruso joined the Lakers for the 2017 NBA Summer League. Caruso played many beneficial games and did his best in every game. Finally, led the Laker to a victory.

Caruso’s performance in the 2018 NBA Summer League is good and successful. He recorded against the team Denver Nuggets with a season-high 15 points, rebounds 6, assists 3 in a 115-99 loss.

during his contract with Oklahoma City Thunder, his salary was around $50 k US.

Alex Caruso has hazel eyes with blond hair. His height is 6 feet 5 inches and his weight is 84 kg.