(the University of Alabama) 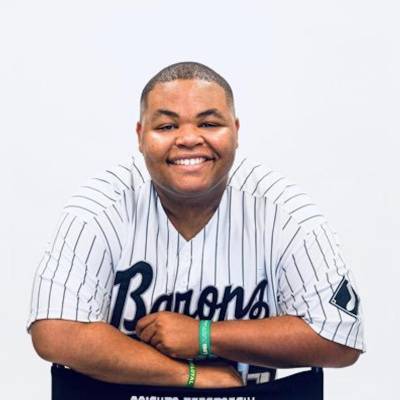 Talking about relationship status, Alex Christian Jones is presently single and he is not dating anyone at the moment.

Jones has been quiet about his personal life and has not shared it openly with the public. Presently, he is enjoying his time with family in Birmingham, Alabama, the USA. Moreover, he sometimes visits his second home in Los Angeles, California.

Presently, the star enjoys the church as well and enjoyed speaking to youth groups around the Birmingham area.

Who is Alex Christian Jones?

Alex Christian Jones, popularly known as Alex Jones is a well-recognized American actor and TV series actor. Jones is best famed for playing the role of Eddie on the Disney series Kickin’ It.

Moreover, he is known for his performance in Beauty and the Beast, The Wizard of Oz, Alice in Wonderland, and Barnstormer.

Alex Christian Jones was born on 6 September 1996. At present, his age is 24 years old. Likewise, his birthplace is Birmingham, Alabama, the USA.

Not much known about his father and mother’s details, Alex has been secretive about his family details. Moreover, he has a younger sister, Alexis Jones. He has a second residence as well in Los Angeles, California

Talking about his nationality, Christian holds an American identity whereas his ethnicity is African American.

Regarding education, the star took his graduation degree from the University of Alabama. From his early childhood, he was very passionate about acting and even performed shows in theatres.

Unofficially, Alex performed his debut in Ruben Studdard’s Flying Without Wings music video and it drew the attention of Disney XD. He has performed in Beauty and the Beast, The Wizard of Oz, Alice in Wonderland, and Barnstormer at Birmingham’s Red Mountain Theatre Company. From the age of 9 years old, Alex started performing in Birmingham’s Red Mountain Theatre Company.

Professionally, he started working with the Theatre company and started performing in Kickin’ It American comedy series. The series is created by Jim O’Doherty that featured on Disney XD from 13 June 2011 to 25 March 2015. Besides Jones, other stars are Leo Howard, Dylan Riley Snyder, Mateo Aries, Olivia Holt, and Jason Earles.

Having said this, the star decided to quit the show in January 2013. The main reason was he was very busy with his personal life and could not give time to his family. Also, he wanted to pursue his higher education at the University of Alabama. After his withdrawal from the series, his role, Eddie was removed from Seasons 3 and 4. Till now, Alex has not come back in the series.

Currently, he is a graduate of the University of Alabama and General Manager of BlazeRadio.

Well named star personality, Jones has earned handsome money from his profession working as an actor and TV series actor.

It is reported that Alex Christian Jones has an estimated net worth of $1 million.

As per different sources, Alex, who rose to fame from his presence in the series, Kickin’ It was fired. The reason was that he was caught drinking and driving at the age of 14 years old. Moreover, he had low ratings and wasn’t fitting in the show

Other than that, he has never been part of any controversies or rumors. Additionally, Christian prefers enjoying his personal life and does not want to merge it with his professional life.

24 years old personality, Alex Christian has dashing looks and a handsome personality. He stands at a height of 5 feet. Also, he has a balanced body weight of 95 kg.

Furthermore, Jones has black eyes as well as black hair.

About his social media presence, Alex Christian Jones is silently active on social media. Alex has more than 4.3k followers on his official Facebook.

It seems he prefers not sharing his private things on social media.