Best known for his hour-long show Millennial which made a splash-winning Best Newcomer at the Edinburgh Fringe Festival.

Alex Edelman is currently single. His ex-girlfriend was the Duchess star, Katherine Ryan. He mentioned that they had and of the relationship. 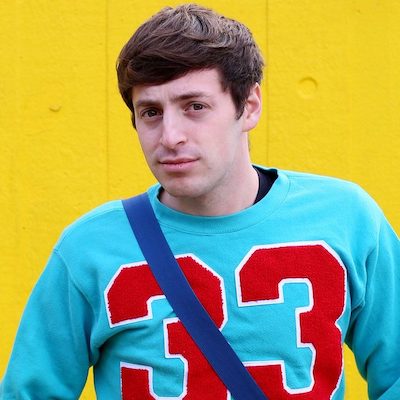 Who is Alex Edelman?

Alex Edelman is an Award-winning Comedian. Alex Edelman is best known for his hour-long show Millennial which made a splash-winning Best Newcomer at the Edinburgh Fringe Festival. He won an Edinburgh Comedy Award for his show “Millenial” as the best newcomer.

Alex was born to Father Elazer Edelman who is a professor, physician, engineer, and mother Cheryl Edelman. He belongs of American nationality. As per his siblings, he has a brother Adam Edelman who is an Israeli Olympian.

For education, He went to New York University in 2012.

Award-winning comedian best known for his hour-long show Millennial, which made a splash at the Edinburgh Fringe Festival by winning Best Newcomer. He then followed up with the Show titled Everything Handed to You.

MILLENNIAL: Alex Edelman’s first show about very traumatic stock photos and young people, won the Edinburgh Comedy Award for Best Newcomer, the first by an American since 1997. EVERYTHING HANDED TO YOU, the follow-up about identity and the availability of outlets in airports, was even more acclaimed, selling out its entire Edinburgh run and receiving the second-best reviews of any comedy show at the Festival.

JUST FOR US: his third show, which is based on a meeting of neo-Nazis that Edelman attended in New York, has solidified his reputation as a writer-performer of impressive ambition and technical skill. It was nominated for a Barry Award for Best Show during its first run at the Melbourne International Comedy Festival. In Edinburgh, it received a Herald Angel Award, a nomination for Best Show, and rave reviews, making it the best-reviewed comedy show in a decade.

JUST FOR US has had several extended runs in London’s West End at the Soho Theatre, the prestigious comedy haunt where many of Edelman’s solo efforts have premiered, in addition to Edinburgh and Melbourne. The show has also been seen at Just For Laughs in Montreal, the Bell House for the New York Comedy Festival, Off-Broadway at the Lucille Lortel Theater, and on a three-month COVID-shortened UK tour.

Comedian Alex Edelman is keeping himself away from scandals as well as rumors.

As a successful Comedian Alex Edelman has a net worth of $1 million- $5 million as of 2022. But there is no information about his salary.

Alex has a good height of 5 feet 7 inches tall and his weight is 70-75 kg. He has light brown hair color and his eye color is also light brown. There is not much information about his shoe size and dress size.

He writes for publications such as THE ATLANTIC and THE BELIEVER on a regular basis, has written and produced documentaries for the US State Department and ESPN’s 30 FOR 30 series, and has worked as a speechwriter for the Los Angeles Dodgers and the Boston Red Sox for over a decade. He is a huge fan of ramen.