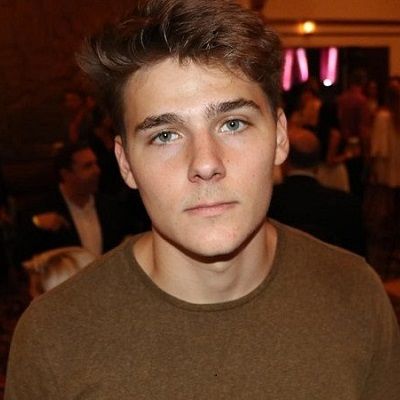 Who is Alex Ernst?

American Alex Ernst is an award-winning YouTuber and writer. Ernst is renown by his YouTube Vlogs and videos.

Last, in 2018, he featured the short movie, The Conspiracy Part.

Alex Ernst was born on the 17th of July 1996 in Belle Plaine, Minnesota, United States. His parents, Anita Schiltz and Rex Ernst are of Germanic-Dutch ancestry. His parents are now separated.

He is the youngest among his two siblings, Emma and John.

On the 18th of May 2009, Ernst joined YouTube. At the initial phase, he used to make videos in the collaboration with the YouTube channel, OurPizzaGang. Mostly, he was featured during the Tuesday slot.

In 2014, the channel stops posting content. Later, Alex moved to Los Angeles. After shifting, he regularly featured in the videos of Volgger and roommate, David Dobrik. Apart from that, on the 5th of June 2018, he uploaded his first vlog on his YouTube channel.

YouTube famed Alex is not only limited to YouTube videos only. In 2018, he was cast in the short Action, The Conspiracy Part II along with the actors like Brandon Calvillo, Michael Minto, JJ Phillips, and Jaimes Timas.

In 2017, he characterized the role of Chris in the short movie, Chris and Anthony.  Prior to that, he was a part of FML directed by Jason Nash. The movie is one of his initial achievements.

He is a hardworking person and loyal to his friends. The YouTuber can easily crack jokes and has an excellent sense of humor. However, he can be rude and aggressive sometimes. He can change his facial expression without any afford.

He is a blue-eyed auburn. His height is 6 feet and 2 inches.

Apart from that, he also has a self-titled YouTube channel with 1.26m subscribers and 24 million views.