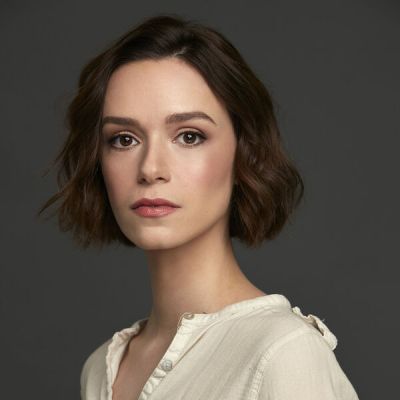 Is Alex Essoe Single Or Dating Someone?

The young actress, Alex Essoe is possibly single. She has kept her personal life private and her love life away from media attention.

Who is Alex Essoe?

Alexandra Essoe is a well-known Canadian actress. She is well known for her role in the film Starry Eyes, Midnighters, Doctor Sleep, and in the series, The Haunting of Bly Manor and Midnight Mass.

As of 2022, she is 30 years old and holds Canadian nationality. Similarly, her ethnicity is Caucasian, and according to the astrologers, her birth sign is Pisces.

She was to the parents of a Canadian and an American immigrant who lived in Saudi Arabia. However, her father’s and mother’s name are not known yet.

Later, she moved to Toronto with her mother, who was a stage actor.

Though she is believed to be a high school graduate, there is no detailed info on her early educational life.

In the initial, Alex began her career as a model, and later, took an acting class in Vancouver, Toronto, and Los Angeles.

Essoe made her small-screen acting debut by appearing in a minor role in the American comedy series, Reaper.

Then, in 2009, she appeared in the series, Crash. In the year 2010, she made her film debut, by appearing in the American drama film, Passion Play.

Moving on, in 2014, she landed as Sarah, in Kevin Kölsch and Dennis Widmyer’s American horror film, Starry Eyes.

In 2017, Alex was able to grab her role as Ms.Daigle, in the American horror film, The Super, which was directed by Stephan Rick. It stars, Val Kilmer, Patrick Flueger, Louisa Krause, Taylor Richardson, and others.

Subsequently, in 2019, she got her role in the supernatural horror film, Doctor Sleep, which gained her immense fame and recognition.

Next year, she played the role of Charlotte Wingrave, in the American miniseries, The Haunting of Bly Manor. In the following year, she was cast in the horror film, Death of Me, as well.

Alex grabbed her role in Mike Flanagan’s other 2021 top-hit, horror series, Midnight Mass. It received positive reviews after its release on Netflix on September 24, 2021.

Alex Essoe is an accomplished actress, who has a net worth that ranges between, $1 Million to $5 Million Approx.

Regardless, the yearly or monthly salary, she is paid is still under review.

The star cast of the 2021 series, Midnight Mass, is keeping herself away from unnecessary rumors or controversies.

Alex Essoe stands at the height of 5 feet 9 inches and her weight is 55 kg approximate. In addition, she has irresistible brown eyes and light brown hair.

However, her precise body measurements are not available at the moment.

Coming towards her social media appearance, she is pretty active on it.

In addition, there is also an unverified Facebook account under her name, that has nearly, 1.4k followers.