Posted by MarriedBiography Posted on May 9, 2021 | In Divorce , Married , Relationship
Share this 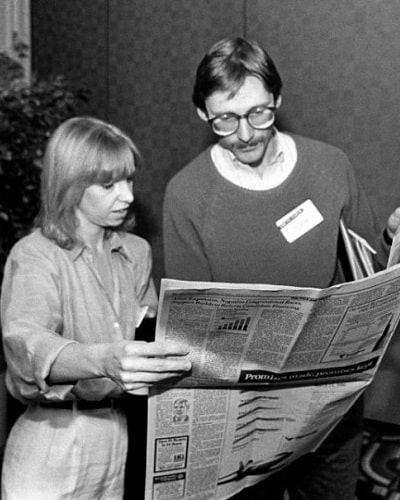 As per his LinkedIn bio,

Previously, he worked as a Senior Investigator in San Francisco City Attorney’s Office. There Alex worked closely with Chief of Investigations Dr. Timothy Armistead and senior litigators in a variety of civil matters for this office of over 200 attorneys. He has experience in cases like labor, contract, wrongful death, defamation, civil rights violations, personal injury, and other areas of law.

Also read Who is Alexis Mixter? All about her breakup with boyfriend of 8 years Jason Segel!

Alex Kline is the son of Margaret Agnes Kirk and Robert Joseph Kline. His father worked as an amateur opera singer who operated The Record Bar. His father was Jewish and his family had emigrated from Germany while his mother was a Catholic of Irish descent.

He has popular siblings as his brother Kevin Kline is an American actor. Kevin is an Oscar and three times Tony Awards winner. Some of his notable work includes The Big Chill, A Fish Called Wanda, The Conspirator, The Road to El Dorado, Bob’s Burgers, and more.

Alex also has a sister named Kate May who has written and produced Shakespeare’s children and a brother named Christopher.

Who is Alex Kline married to?

Alex Kline is the heartthrob of the ex-girlfriend of Bill Gates. He married Ann Winblad on 16th December 2015. However, Ann is not his first wife. He has two adult children from his previous marriage. But due to his private nature, there is not much known about all those.

His married life with Ann has been going very well. Even though Bill Gates and his wife Melinda Gates announced their divorce. That is not the case for Alex and Ann.

Ann L. Winblad, popularly known as Ann Winblad is a well-recognized American businesswoman and Venture capitalist. Winblad is widely famed for being the founding partner of Hummer Winblad Venture Partners.

Moreover, she came into the limelight as the ex-girlfriend of a world-famous business personality, Bill Gates. Read more bio…