Alex Landi is an American actor and model. He is currently single.

Alex Landi’s relationship status is possibly single. The information about his dating or having an affair is not yet revealed. 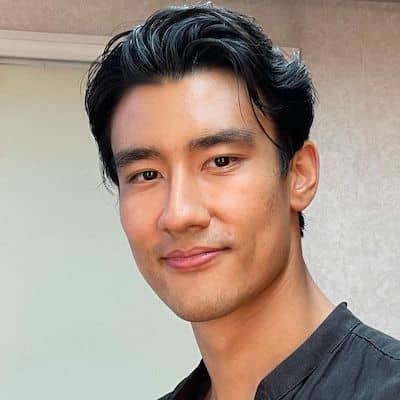 Who is Alex Landi?

Alex Landi is an American actor and model. He is famed for appearing in Grey’s Anatomy, Insatiable, Walker, and more.

He also appeared in a music video titled Kiss Me More by Doja Cat.

Alex’s ancestry is Italian-Korean and has a sister. Talking about his academics, he attended the Lee Strasberg Theatre and Film Institute.

Before this, he passed put from attended Northern Valley Regional High School at Demarest.

Alex Landi developed his interest in acting after his parents took him to a Broadway show. He entered the screen world with a short project 264 Days as Soldier in 2016. He then was seen in an episode of Bull, Prillen Short Shorts, Childlike, etc.

Moreover, Alex’s gay character of Dr. Nico Kim in Grey’s Anatomy since 2018 is loved by the audience. His other acting credits are American Housewife, Broken Land, Lycanphobic, etc.

As of 2022, his estimated net worth of around $5 million. However, his salary and other earnings are unknown.

He once posed for Under Armour and Calvin Klein. Some of the top actor’s financial worth is,

This Grey’s Anatomy star is keeping himself away from rumors and is also not surrounded by any desperate scandals.

Regarding Alex Landi’s body features, his height is 6 ft and his body weight is 75 kg.

Moreover, his eyes are dark brown and his natural hair color is black. He has a fit and toned body.

Alex is available on social sites but not onTwitter. His Facebook account is followed by over 1.9k people.

From Aug 2015, he started to use Instagram and has over 891k followers.