Alex Lange is a French-South African model popular on Instagram. Alex Lange (Model) is not having an affair with anyone presently 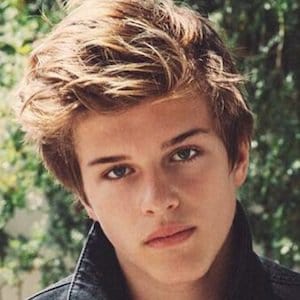 Alex Lange is currently in a relationship with actress Bailee Madison. Madison is an actress famous for her roles in ‘Bridge to Terabithia’ and ‘Brothers’. There is no further information available regarding the future of this relationship.

Who is Alex Lange?

Alex Lange is a French-South African model popular on Instagram. Additionally, previously, Alex Lange was also a member of the ultra-popular web group Team 10 for about two years.

Lange was born in Paris, France on March 3, 2001. His father’s name is Marc. Additionally, he has an older brother, Matthieu Lange, who is also an Instagram model and also a younger sister. Throughout his childhood years, he moved between France and England. He is of South-African nationality. Furthermore, he belongs to French ethnic background.

Talking about his education, Lange is currently in high school.

Lange was part of the Team 10 which is an LA-based social media squad. The group is led by ex-Viner turned YouTuber Jake Paul. After nearly two years as a member, Lange left the group to focus on his solo career. Since then, he has garnered popularity on various social media sites including Instagram and YouTube. Additionally, his YouTube channel currently has over 550k subscribers. In addition, he has more than 2M followers on Instagram.

Lange also appeared in the TV series ‘Code Black’. He portrayed the role of Max Edwards / Max on the show. Furthermore, he also appeared on Chelsea Crockett’s YouTube channel in a video where he applied makeup to her.

Lange has not revealed his current salary. Additionally, there is no detailed information available relating to his estimated net worth at present.

Lange made news after he left Team 10. However, there was no bad blood between the team members and it was not the reason for his departure. At present, there are no rumors concerning Lange and his career.

Talking about his body measurement, Lange has a height of 1.85 m. Additionally, he weighs around 60 kg. Furthermore, his hair color is blonde and eye color is blue.