Alex Meneses is an American actress and former model and she is famous for her work on television including the series, FRIENDS.

Alex Meneses is a divorced woman. Prior, she was married to John H. Simpson, an investor, in 2004. The couple welcomed a daughter, Stella together. But, the couple could not hold the relationship and get divorced in 2015. 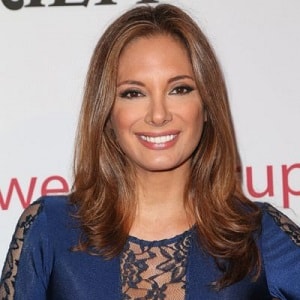 “My life is full, and I love it. Acting is the frosting on the cake for me.”

Who is Alex Meneses?

Alex Meneses is an American actress and former model and she is famous for her work on television including the series, FRIENDS. She was nominated for the ALMA award in 2002.

She was born on February 12, 1965, in Chicago, Illinois, USA. Her birth name is Alexandra Estella DeAnna Meneses and she is currently 57 years old. Her father, Luis Manuel Meneses belonged of Ukrainian descent and her mother, Miroslawa ‘Marilyn’ (Tarandy) belongs of Mexican descent. Her father was a very hard-working person and he is her inspiration. She has two elder brothers and one younger brother.

She holds American citizenship and her ethnicity is a mix of Ukrainian and Mexican. Her grandparents owned a circus and a food store.

She once said in an interview that when she was a kid her parents were not well off or could afford expensive stuff but she never realized it. She played on railroad tracks catching snakes and smoking.

She attended Chicago’s The Second City Improvisational Theatre and studied acting during summer vacations, graduated from there, and received a modeling contract in Milan, Italy. Later, she returned to the USA and moved to LA, and studied acting at the Lee Strasberg Institute.

She learned dancing from the age of 12 and she taught dancing at her aunt’s dance studio in Illinois.

She is also a graduate of Mother McAuley High School.

Alex started her career in the entertainment industry in the year 1990. At star, she was offered more negative roles. She was a cast member in the Showtime comedy series ‘Sherman Oaks’ in 1995 and later played the recurring role of Teressa Morales in the CBS western drama ‘Dr. Quinn, Medicine Woman. She played supporting roles in the films like ‘Selena’, ‘The Flintstones in Viva Rock Vegas, and ‘Auto Focus’.

She appeared as Cookie in an episode of ‘Friends’ and in the episodes of ‘Suddenly Susan, ‘The Hughleys’, ‘Any Day Now, ‘CSI: Crime Scene Investigation’, ‘NCIS’, ‘Psych’, and ‘The Goldbergs’

Alex also made her appearance in numerous Los Angeles productions, She played the recurring role in the CBS sitcom ‘Everybody Loves Raymond as Robert Barone’s Italian Girlfriend, Stefania. She was cast as aging telenovela star Isabela Santamaria in the NBC comedy series, ‘Telenovela’ in 2015.

She is the owner and founder of the OOLaLa Productions/LADDS Entertainment.

She has been successful in collecting a net worth of around $6 million as of 2022, but her salary and income are under review.

She has around 34k followers on Instagram, about 4.3k followers on Twitter, and around 2.2k followers on Facebook. Once in an interview, she said, “NBC gave us social media classes…Instagram class, Twitter class…it’s part of the job now.”