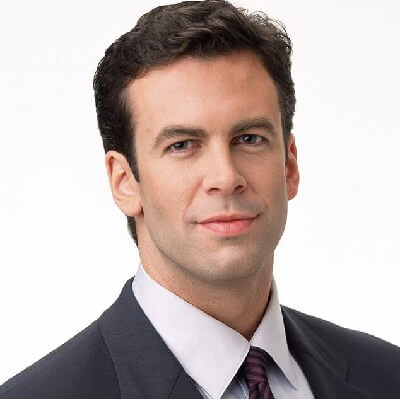 What is the relationship of Alex Michel?

Previously, in the first season of The Bachelor, after seven weeks filming, he chose Amanda Marsh in the finale over runner-up Trista Rehn. However, the relationship did not go as planned and he did not propose to her. After dating for a year, the couple broke up.

Who is Alex Michel?

Alex Michel is an American reality TV personality and businessman. He is famous for his appearance in the premiere season of The Bachelor in 2002.

Alex Michel was born Alexander Mattheus Michel on August 10, 1970, in Charlottesville, Virginia, US. As of 2020, his age is 49. Although their identities still remain unknown, his father was a corporate executive whereas his mother used to work as a marriage and family therapist. Michel was one of their three children and has two younger sisters.

He spent his childhood days in Virginia and his ethnicity is Caucasian.

Talking about his educational background, he went to Darien High School. During his high school days, he was very popular and was the student body president, valedictorian, homecoming king, and captain of the school swim team. After graduating from high school, he attended Harvard College from where he graduated with honors majoring in History and Literature.

Alex Michel had a business mind from a young age. When he was in college, he spent one entire summer as an analyst in the Executive Office of the President of the United States in the Office of Management and Budget.

After graduating, he worked in the U.S. Embassy in Mexico and became a documentary travel video producer. During his time as a video producer, he went to many countries such as Australia, Brazil, China, Japan, Kenya, Fiji, India, Malaysia, Venezuela, etc.

Michel also has work experience in CNET as a television producer and as a management consultant at the Boston Consulting Group.

However, it was at the age of 31 when he became a reality TV star. The now well-known show, The Bachelor was new back then. In the show, a bachelor chooses a wife out of 24 female contestants. He auditioned for the role of the Bachelor and got selected. After seven weeks of filming, he chose Amanda Marsh in the finale over runner-up Trista Rehn. However, the relationship did not go as planned and he did not propose to her. After dating for a year, the couple broke up.

The Bachelor franchise has tried to bring him back but the production team hasn’t been able to find him to invite him. He has remained private since his appearance in the show.

Michel stands at a height of 6 feet 1 inch. He has black hair and green eyes.

Alex Michel has an estimated net worth of over $1.5 million as of 2022. After The Bachelor, he became a spokesman for Match.com and Princess Cruises. His LinkedIn also lists him as the managing director for Generation Consulting which on average, earns around $191,000 a year.

Michel has not been involved in controversies. He had a short time in the spotlight after which he chose to be completely out of the public eye. During his short-lived stint on TV, Alex was seen as an honest guy and the viewers loved him. People have demanded to see him again on television but he has not appeared since then.

You may also like to read the Bio, Career, Relationships, Net Worth, and more about Kelley Flanagan, Jef Holm, Alan Bersten, and more.