American actor and comedian Alex is an SNL cast member as well. 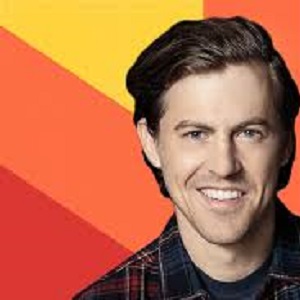 What is the relationship of Alex Moffat?

Currently, Alex is single and is not dating or is in a relationship with anyone. No records are found about his past relationships. Even if he is dating someone, he has not yet revealed about her girlfriend. He is the type of person who does not want to share much about his private life.

Who is Alex Moffat?

Previously he did improv comedy and performed regularly at The Annoyance Theatre in plays such as Ripper the Musical, Good Winnetka Boy, and El Show. He came to the glare of the public after his role in the indie film Uncle John in 2015.

Moffat was born on  March 25, 1982. He was nurtured in Chicago, Illinois. His birth name was Alex Moffat itself. He spent his childhood in Illinois. He is an American by nationality. Any other information about his childhood and family is unknown.

In 2000  Alex graduated from the North Shore Country Day School situated in Illinois. Later in 2004 for his further studies, he went to Denison University located in Granville, Ohio.

Moffat started his career by doing improv comedy at Second City and ImprovOlympic.After joining in SNL 42 season he got recognized by the public. In 2015 he costarred John Ashton in the indie-drama Uncle John. Later in 2016, he joined SNL. Currently, he’s working in the SNL show hosted by Margot Robbie, alongside Mikey Day and Melissa Villaseñor.

As we know Alex Moffat is an emerging artist so she’s currently not won any awards. With his astounding work, he shall win awards in the future. Just like other SNL artists he needs some recognition to achieve his goals.

Alex’s net worth is about $3 million estimated but her monthly and annual salary is still under review.

Apparently, there are no rumors heard about Alex Moffat. There are no traces or records of any past controversies of Moffat.

Alex has a decent height of 5 feet 8 inches and weighs 68 kg. He has an athletic and slim body. Alex has brown hair and brown eyes.