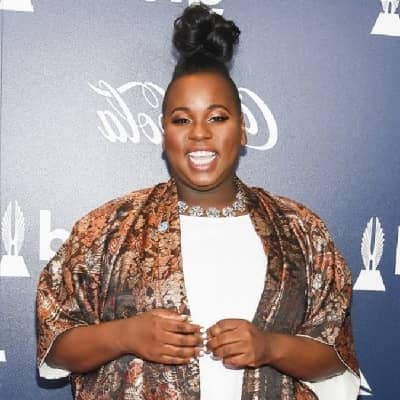 I love Frank Ocean. We're going to get married. In true life, we should get married

Singing is my passion, regardless of anything else that I've ever done. That's the one thing that no one can ever take away from me is my voice, and that is what I really want to do.

At present, he is possibly single. He is transgender and his sexuality is gay. He is not 1,000 percent masculine and not 1,000 percent feminine. He hasn’t revealed any information regarding his dating life and relationship status.

He shared in an interview what he wants to do. He said he loves to be a stay-at-home mom and just make cookies and drink martinis.

Who is Alex Newell?

Alex Newell is the stage name of an American actor and singer Alex Eugene Newell.

Moreover, he is popular for his transgender role as Unique Adams on the Fox musical series Glee and Mo on Zoey’s Extraordinary Playlist.

In addition, he received a special award GLAAD Media Awards in 2015.

He belongs to All-American ethnicity and he holds an American nationality.

Regarding his family details, his father died when Alex was six years old. After that, his mother raised him alone. His mother’s name is Brenda Newell.

He completes his elementary education in the first class of Kipp Lynn Academy. For further education, he attended Bishop Fenwick High school. In 2012, he graduated from that school.

Primarily, he was engaged in his school’s choir, improve club, and costume club. Moreover, he was the member of church choir.

He began his career journey from The Glee Project. He appeared on the first season of Oxygen’s reality television series. In the third season episode of Glee he played the role of Wade “Unique” Adams, a male-to-female transgender teenager. His role of Wade became one of the most visible transgender characters on Television.

Besides that, he sang at Governors Ball Music Festival and BBC Radio 1’s Big Weekend. He released his cover song of Sigma’s “Nobody to Love”, on June 3, 2014. Furthermore, he composed a disco-house stylization of Robin S. He started to collaborate with the US electroduo The Knocks on the song “Collect My Love”. Additionally, he released his first debut album entitled “Need Somebody” in 2016. Following the same year, he released another debut named EP, Power.

Apart from that, Alex portrayed the role of Asaka in the revival of Once on This Island.

The talented artist has an estimated a net worth of $250,000.  Other information related to salary and earnings are not available at this time.

His height stands for 5 feet 7 inches and weight is of 85 Kg. His hair is of black and arty style.

While, he has dark complexion and has dark brown eyes. His voice is naturally extremely high.