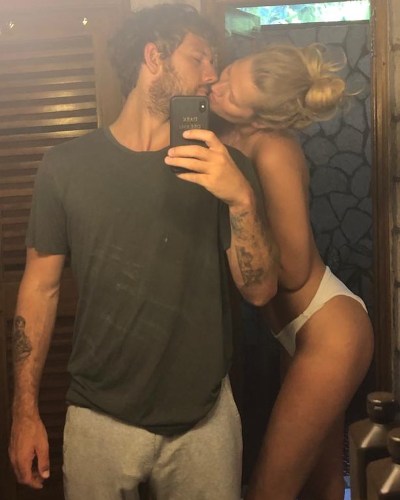 Alex Pettyfer and Toni Garrn celebrated four years of togetherness! The couple celebrated their love of four years as Alex shared a sweet tribute to his wife featuring a series of pictures on his Instagram account. She revealed,

“Entering our 4th year together as partners in crime, my wife, mother to my beautiful angel, my best friend. Let’s hope 2022 let’s us all enjoy some magical adventures together, these pictures being my ‘22 inspiration,”

Alex and Toni proposed to Toni on Christmas Eve 2019 after 10 months of dating. They walked down the aisle on 20th October 2020 in Hamburg, Germany. In March 2021, the couple was expecting their child. They welcomed a baby daughter named Luca Malaika.

Who is Toni Garrn?

Toni Garrn is a German actress and model. In 2008, Garnn got her big break in the fashion industry as she signed an exclusive contract with Calvin Klein. At the age of 15, she debuted on the runway for the Calvin Klein Spring/Summer 2008 runway show in New York.

How much is Alex Pettyfer’s net worth?

Alex Pettyfer has an estimated net worth of $3.5 million. His film work includes Tom Brown’s Schooldays, Stormbreaker, Wild Child, Tormented, In Time, The Bulter, Endless Love, The Strange Ones, The Last Witness, Warning, and more.

His television work includes Urban Myths, The I-Land, and Family Guy. Pettyfer has modeled for Burberry in their 2008 Spring/Summer, The Beat For Men eau de cologne, 2009 Spring/Summer.

Also read Alex Pettyfer revealed that he had a fight with his Magic Mike co-star, Channing Tatum, and his fiancee. Alex said it was his own fault…

Alex Pettyfer is a famous English actor and model, best known for his role as Alex Rider in Stormbreaker (2006). He is also famous for portraying the role of John Smith in I Am Number Four (2011).

He is one of the best young and emerging actors in England. Read more bio…