Alex Ramos was a middleweight boxer. 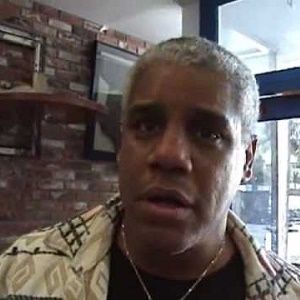 What is the relationship of Alex Ramos?

Alex Ramos is not in any relationship. Even if he is in a marital relationship or dating someone, there are no details about it. He is a private person so he does not share his romantic life in the media.

Hence, he is currently single.

Who is Alex Ramos?

Alex Ramos was a middleweight boxer. He fought in the 1978-80s. He has won four Golden Gloves titles in New York City.

Alex was born on 17th January 1961, in Manhattan, New York City, New York, United States. His ethnicity is Puerto Rican and his nationality is American.

His mother’s name is Socorro Texidor Ramos and his father’s name is Bernardo Ramos. He seems like a single child as there is no information regarding his siblings.

Talking about his educational background, there is no information from where he graduated.

Alex Ramos started his career in 1977 and 1978, by training himself at the Jerome Boxing Club. Then in 1979 and 1980 went for the training at Bronxchester Boys Club. In 1979, his career graph ascended after he won National Amateur Athletic Union Championship.

On November 8, 1980, his career officially started and he defeated Steve Arvin in a knockout in Stateline, Nevada. His first international flight was in San Remo, Italy where he defeated Donnie Long. Other boxers whom he has defeated are Mike Sacchetti, Norberto Sabater, Wilbur Henderson, etc.

Then in February 1984, he challenged Parker  United States Boxing Association Middleweight championship, where the victory was Ramos’. For the WBA Middleweight title in 1994, he was against Jorge Fernando Castro. However, he could not win this fight. After this, he retired.

This boxer’s salary and net worth are not available through any sources.

Alex became an alcoholic after he retired from his boxing career. He was so addicted to alcohol that he spent nights living on the streets, due to which he had to go to the rehabilitation center.

Alex Ramos has a height of 5 feet 10 inches and his weight is unknown. His hair color is salt and pepper and his eye color is dark brown. His shoe size is unknown.