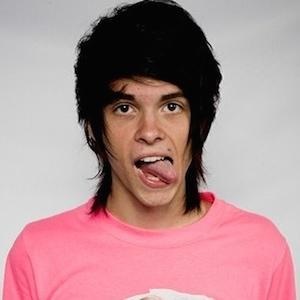 Alex Ramos is in a relationship. He is dating a girl named Delanie Wheeler. She is an actress. They revealed about their affair via social media, hence the couple keeps sharing their pictures with their fans and followers. Also, they make videos together. They seem very happy with each other.

Who is Alex Ramos?

Alex Ramos is a social media star, musician, and a producer of electronic music. He started his career by making vine videos.

Alex was born on 2nd January 1995, in Snellville, GA. He was raised in Atlanta. His ethnicity is unknown and his nationality is American. During his early life, he wanted to become a veterinarian. There is no information about his parents and siblings.

He trained in musical instruments like bass, guitar, and drums and later he was interested in heavy metal. Talking about his educational background, he graduated in 2013 from Gwinnett Technical College and specialized in social media networking and content writing course.

Alex was interested in music hence he took training to foster his interest. As social media was the only economic source to show his talent, he started doing vines. In 2014, he started his career as a professional composer and recorded electronic dance music.

He uploaded his pictures on his social media profiles, then gradually, he started gaining the fan following. Moreover, he is also a motivational speaker where he inspires people and shares his personal story to motivate them.

There is no information on Alex’s salary and net worth through any sources.