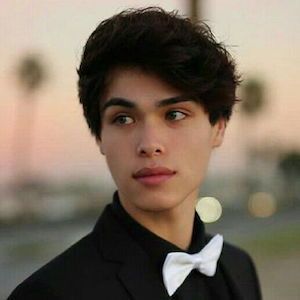 American YouTube star Alex Stokes is currently single. There is no exact information about his previous relationships, it is said that his celebrity crushes are Selena Gomez and Kendall Jenner.

Who is  Alex Stokes?

Alex Stokes was born on November 23, 1996, in Florida, United States. He belongs to American nationality and his ethnicity is Multiracial (half-Chinese and half-white). He spent his childhood in Florida.

There is no much information about his education and Parents but as per his family member, he has a twin brother named Alan.

After his Youtube channel was a huge success he was followed by many peoples in Instagram and has over 1.7 million followers on Instagram. He and his brother have also been part of several TV series. Alex has a website which he uses for selling merchandise. He has also attended the 2018 ‘Nickelodeon Kids’ Choice Awards’ with his brother Alan Stokes.

Talking about the rumors and controversy, there was a news that when he and his brother were going with their dog for a walk, a car stopped in front of them a man came out and pulled out a gun and shot the gun for 40 times. The twin brother was shot on their chest and later they came to know it was an airsoft gun. He called the police immediately and the man and his friend ran away.

As per Alex Stokes’s body measurements, he has a height of 6 feet 1 inch (185.4 cm). He has a dark brown eye color and his hair color is light brown. There is no information about his body weight.