Alex Wassabi is an American YouTuber. People mostly know him for his popular channel Wassabi, which currently has over 11 million subscribers.

Alex Wassabi dated a girl named Becky from 2012 to 2014. In addition, he was also in a relationship with Canadian YouTuber Lauren Riihimaki. 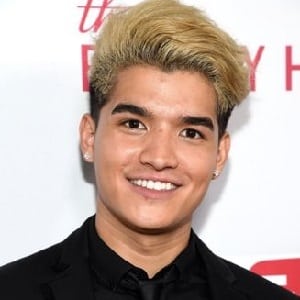 Who is Alex Wassabi?

Alex Wassabi is an American YouTuber. People mostly know him for his popular channel Wassabi, which currently has over 11 million subscribers. Additionally, he also has a self-titled vlogging channel.

Wassabi was born as Alex Burriss in Great Falls on March 28, 1990. The names of his father and mother are not disclosed.

He has an older brother named Aaron Burriss and a younger brother, Andrew Burriss.

Additionally, he also has a younger sister named Mariah Burriss. Alex is of American nationality. Furthermore, he is of Filipino ethnic background.

Furthermore, Wassabi also collaborated with Amazon Prime to feature in their ‘Prime For The Holidays’ campaign in 2016. In addition, Alex has also created and uploaded some music videos with his girlfriend Lauren.

He made his theatrical film debut after he appeared as Walter in the comedy film ‘Laid in America.’

Wassabi has garnered the Shorty Award for Vlogger of the Year and Kids’ Choice Award for Favorite Funny YouTube Creator nominations.

Wassabi has not revealed his current salary. However, he has an estimated net worth of around $ 3 million at present.

Wassabi became part of a controversy after he was involved in a feud with YouTuber Deji. Additionally, Alex has been involved in several other feuds over the years including with another YouTuber KSI.

Furthermore, at present, there are no rumors concerning Alex’s life and career.

Talking about his body measurement, Wassabi has a height of 5 feet 11¾ inches or 182 cm. Additionally, he weighs around 78 kg. In addition, his natural hair color is black and his eye color is dark brown.