Alexa Bliss is an American professional wrestler. Currently, she is signed to WWE under the ring name Alexa Bliss. She is the current Raw Women's Champion in her second reign. Alexa is engaged and her fiance is Ryan Cabrera, a singer.

Alexis Kaufma(Alexa Bliss) is engaged to her longtime boyfriend, Ryan Cabrera. Ryan is a singer from the band Rubix Groove. They were in a relationship since 2019. He proposed to her after being in a relationship for a year on 15th November 2020. They are soon getting married!

currently involved in a relationship with fellow wrestler Matthew Adams, who goes by the ring name Buddy Murphy.

They both wrestled for the NXT brand at the same time, with Alexis signing in May 2013 and Murphy signing in March 2013.

The pair has not revealed further information regarding the relationship and its future. 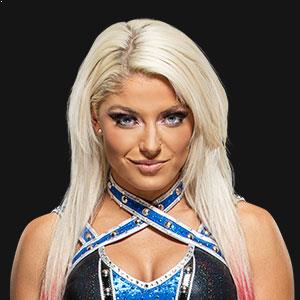 I'm the personification of what the new area looks like.

Who is Alexa Bliss?

Alexa Bliss is an American professional wrestler. Currently, she is signed to WWE under the ring name Alexa Bliss. She is the current Raw Women’s Champion in her second reign.

Alexis was born in Columbus, Ohio on August 9, 1991. She was born to Angela Kaufman(mother) and Bob Kaufman(father) as Alexis Kaufman. She seems like a single child, as there is no information about her siblings.

She became interested in sports in her early life. During her childhood years, she competed in softball, track, kickboxing, and gymnastics.

Furthermore, she has also competed in the Arnold Classic. She is of American nationality. Additionally, she has not revealed detailed information regarding her ethnic background.

Talking about her education, Alexis attended Providence High School. Later, she joined the University of Akron and completed her education.

Initially, Alexis competed in the Arnold Classic professional bodybuilding event. Later, WWE signed Alexis in 2013. Next, she faced Alicia Fox and Charlotte and defeated them in the 2014 episode of NXT.

Alexa Bliss became drafted to the SmackDown brand as part of the 2016 WWE draft on July 19. Eventually, she became the new SmackDown Women’s Champion on December 4 at TLC: Tables, Ladders & Chairs.

Furthermore, Alexis was drafted to the Raw brand as part of the Superstar Shake-up, confronting Raw Women’s Champion Bayley. She later won a fatal four-way match to become the number one contender for the title.

She defeated Bayley to become the new Raw Women’s Champion on April 30. Apart from her wrestling appearances, Alexis has also appeared in two WWE video games. Additionally, it was announced on July 24, 2017, that she would be joining the seventh season of ‘Total Divas’.

Alexis currently has an annual salary of $200,000. In addition, she has an estimated net worth of around $1.5 million.

Alexa Bliss became part of a controversy after several intimate pictures that allegedly belonged to her were leaked on the internet by unknown hackers. Currently, there are no rumors concerning her personal life and career.

Talking about her body measurement, Alexis has a height of 1,55m, Additionally, she weighs 49 kg. Furthermore, she has a body measurement of 34-24-33 inches and her dress is size 4. In addition, her hair color is blonde and her eye color is blue.

Alexa Bliss is quite active over social media. She has a huge number of followers on social networking sites such as Facebook, Twitter as well as Instagram.