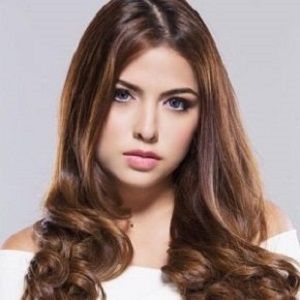 Cute and adorable Alexa is an unmarried girl. When asked about her relationship affair, she said that she had no time for a boyfriend.

She is enjoying her freedom without any guy and she is very happy in her life till date.

Who is Alexa Ilacad?

She has made recognizable position in the Philippine acting field at the young age. She is also known as a good singer and a dancer.

Alexa was born to Asian parents on February 26, 2000, in the Philippines. Her nationality is Philippine and belongs to Asian ethnicity.

There is no more information available about her parents; however, she was raised up by her parents in a friendly environment along with her siblings.

There is no more information published about her educational institute. In 2016, she graduated from her Junior high school.

Alexa gave a start to her career when she made her professional acting debut in the year 2008 and appeared in a film titled “For The First Time” as ‘Nicole’.

In the same year, she made her T.V debut in the T.V series titled “Goin’ Bulilit” and appeared in different character until 2013 for which she received huge positive responses and reviews from fans and viewers.

The year 2013 became a fortunate year for her and appeared in 10 T.V (film and series) including “It’s Showtime”, “Maalaala Mo Kaya: Krus”, and “Umagang Kay Ganda.” Some of her latest films and T.V (shows and series) include “Maalaala Mo Kaya: Autograph” (2017), “Doble Kara” (2016), and “Everything About Her” (2016). She has also released some albums like under Star Records entitled To The Moon And Back.

In 2017, she was a part of the movie called Finally Found Someone where her character name was Junilyn.

She hasn’t won any major awards so far in her career yet; however, she is working hard to make stand herself in the front line. Her net worth is not published yet and is in under review.

Alexa Ilacad has the height of 5 feet 2.5 inches. Her body weighs 46kg. She has dark brown hair and dark brown eyes.