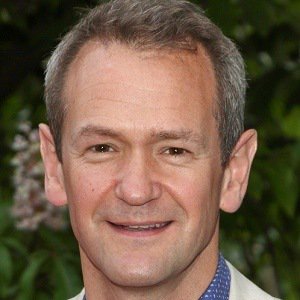 [on Jonathan Ross and the obscene phone calls he left with Russell Brand on Andrew Sachs's answerphone] What was so funny about it was how grimly inappropriate it was. It was the nearest thing to slapstick I've ever heard on the radio. It's the equivalent of two people trying to carry a piano up the stairs and it just falling down to the bottom each time. It was hilarious because it was wrong - you don't say that to a national treasure. Trouble is, some people's senses of humour are able to deal with that and other people, their gorge rises and they go, "That's just appalling." Now look what we've done. We've got rid of the best broadcaster of our age. But it'll be fine - he'll be back.

I would say back in the 1990s when everybody was focusing on Britpop, I think the most exciting thing to happen in that decade was Beverley Knight. Absolutely extraordinary.

[on Pointless Celebrities (2010)] David Bowie would be my dream contestant. I'm a huge fan but they couldn't get him for the Olympic opening ceremony so I think it would be hard. He may have a different set of priorities though - I would applaud that.

What is the relationship of Alexander Armstrong?

Alexander Armstrong is a married person. He has been married to Hannah Bronwen Snow since August 27, 2003.

The couple has welcomed three children: Patrick, Rex, and Edward Armstrong. The family is currently living together and they are sharing quality time with each other.

Who is Alexander Armstrong?

Alexander Armstrong is a famous English comedian, television and radio presenter, actor, and bass-baritone singer who is well recognized as one half of the comedy duo Armstrong and Miller. Also, he is recognized as the host of the BBC TV game show ‘Pointless’.

He was born on March 2, 1970, in Rothbury, Northumberland, England. His birth name is Alexander Henry Fenwick Armstrong and he is currently 52 years old. His father’s name is Henry Angus Armstrong(physician) and his mother’s name is Emma Virginia Peronnet Thompson-McCausland. He is the youngest of three children.

Alexander holds British citizenship and his ethnicity is a mix of English, Irish, and Scottish.

He joined Mowden Hall School in Stocksfield and later joined St Mary’s Music School in Edinburgh. Later, he joined Durham School and Trinity College, Cambridge on a music scholarship and graduated in 1992. In December 2015, Armstrong received an honorary doctorate from Northumbria University.

After graduation, he moved to London in order to pursue his carer as an actor and a comedian. He appeared in the series ‘Armstrong and Miller’ alongside Ben Miller from 1997 to 2001. But they separated and followed their solo career. In 2007, they renewed their partnership and starred in ‘The Armstrong and Miller Show’.

Later in 1998, he joined BBC Radio 4 and made his appearance in ‘The Very World of Milton Jones’ till 2001. Also, he appeared in the shows like ‘Beast’ and ‘Weak at the Top’.

Armstrong presented several shows including ‘best of the Worst’, ‘Have I Got News for You, ‘Pointless’, ‘The Great British Weather, ‘Prize Island’, ‘Land of the Midnight Sun’, ‘Teach My Pet To Do That, and many more.

He is also active in the music field. He formed his own cover band with Harry, Simon Bates, Jeff Lardner, and Dave Swift. The band toured from September 19 to November 6, 2013. He released his solo album titled ‘A Year of Songs’ on November 6, 2015. Similarly, he released his second album titled ‘Upon a Different Shore’ on October 28, 2016 ad his third album ‘In a Winter Light’ was released on November 24, 2017.

He has an estimated net worth of around $5 million as of 2022 and he has earned that sum of money from his professional career. However, his salary and income are under review.

He has kept himself far from rumors and controversies in his personal and professional life.

Alexander Armstrong has a height of 5 ft. 11 inches and weighs 83kg. He has dark brown eyes and light brown hair.