Alexander Calvert is a Canadian actor. Alexander hasn't talked anything officially regarding his relationship status.

Alexander hasn’t talked anything officially regarding his relationship status.

However, he is said to be married to a South African actress and model Jenna Berman. It is believed as Alexander called Jenna “his wife” on social media.

They have been together since 2014. It is said that they secretly get married in 2018. 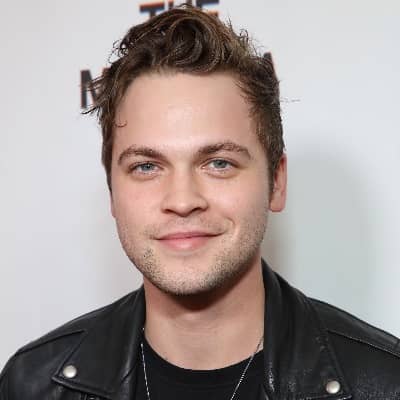 Who is Alexander Calvert?

Alexander Calvert is a Canadian actor. He is mostly known for playing the role of Jack Kline in Supernatural.

He has been portrayed in various movies like Kickin’ It Old Skool, Lost Boys: The Tribe, To Be Fat Like Me, Psych, Arrow, and many more.

Calvert holds Canadian nationality and belongs to the Caucasian ethnicity.

Talking about his family, there’s no elaborate information concerning his father and mother. He grew up alongside his younger sister, Rachel Calvert.

Alexander has taken lessons in musical theatre and hip-hop dancing when he was young.

Calvert was just 15 yrs old when he debuted into acting. His first on-screen debut was appearing as a guest-cast Greg Stillson in the TV series The Dead Zone. A year later in 2006, he made an episode appearance in Psych.

No sooner the actor earned his feature-film debut from Kickin’ It Old Skool (2007) and also worked in the TV films: To Be Fat like Me and Devil’s Diary.

Likely in 2016, the actor portrayed in Arrow, Unser Traum von Kanada, and also in Scream TV series. The same year he was well known for portraying Nick Mossman in the movie The Edge of Seventeen.

Similarly, his latest work was working as Jack Kline in the Tv Series Supernatural. It was aired in 2017 and ran up to 2020.

As of 2022, Calvert has an estimated net worth of $1.5 million. His primary source of income is from his acting work.

The actor has always been focused on his career. He has always stayed out of any such incident that causes any rumors or controversial news.

Alexander stands with a height of 5 feet and 9 inches and he weighs around 70 kg.

He has colored dark brown hair with beautiful blue eyes.

You may also read the bio of Kristian Bruun, Tyler Hynes, Ashley Zukerman, and Warren Christin.