Alexander Dreymon is a German film and TV actor. He is known for his role as Uhtred of Bebbanburg in the TV series The Last Kingdom. He is possibly single.

But back in 2010, he used to date Tonia Sotiropoulou who is a Greek actress. But after two years of affair, they ended their relationship. 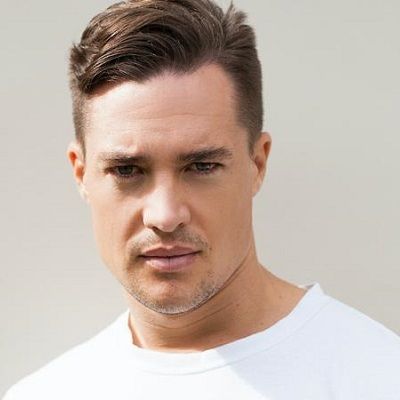 I’ve grown with every deception as well as success. no regrets over the path I’ve chosen

You know, I spent a little part of my life in Switzerland when I was growing up making fires in woods was a very common thing to do. We would always go out and build a fire from scratch. I’d love to be building more fires to be honest, but I live in California and I think you’d end up behind bars pretty fast over there, and rightfully so.

Who is Alexander Dreymon?

Alexander Dreymon is a German film and TV actor. He is known for his role as Uhtred of Bebbanburg in the TV series The Last Kingdom.

Alexander Dreymon was born on 7th Feb 1983 in Germany and holds German ethnicity. His mother was a teacher so he along with her had to move from one country to another.

Alexander grew up in many countries like the USA, Switzerland, and France.

As for education, he studied in Paris and took acting training in Drama Center London. There he was trained for three years and then he joined the University of Arts London.

Alexander has done stage acts before entering into screen projects. Then he appeared in lots of movies and TV series.

In the year 2010, Alexander first appeared in a drama Ni reprise, ni échangée. In it, he played the role of Alexandre. Then he was seen as Luke Ramsey in a horror series American Horror Story: Coven in 2013.

His most popular TV series is The Last Kingdom. It was first aired in 2015 and is still running on TV. The show is historical fiction and Dreymon is playing the main lead as Uhtred of Bebbanburg.

Alexander Dreymon played the role of Casper in his debut movie Christopher and His Kind. His other appeared movies are:

He has light brown hair and blue eyes. His height is 5 feet 10 inches with a weight of 85 kg.