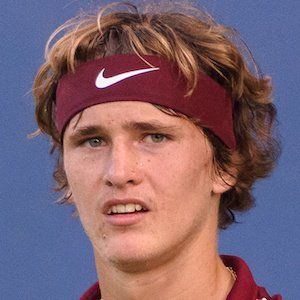 Despite the rumor that Alexander Zverev Jr. is dating Belinda Bencic who is also a professional tennis there are no solid facts to prove the rumors. So, for now, we can assume that Alexander is pleasantly single. He lives in his house in Monte Carlo, France and sometimes in his hometown Hamburg and sometimes in Florida. He is focused with his tennis career for the moment.

Who is Alexander Zverev Jr.?

Alexander Zverev is a professional tennis player from Hamburg, Germany. He is the youngest player in the Association of Tennis Professionals (ATP) top 20 and was ranked world no. 3 in 2017. He won against tennis veterans like Novak Djokovic at 2017 Italian Open and Roger Federer at the 2017 Canada Masters. Zverev won his first Masters 1000 title after defeating Djokovic at the 2017 Italian Open finals.

The information about Zverev’s education whereabouts is unavailable. Since he is from a family of professional tennis players he began playing tennis at a very young age.

Alexander’s career in the tennis started as a junior player. In 2013, he reached the finals of the 2013 French Open Juniors but lost the match against Christian Garin. He also survived until the semi-finals of the 2013 Junior US Open and lost to Borna Coric who won the title of the year in the final of the same. In 2014 at the 2014 Junior Australian Open, he won the finals against Stefan Kozlov thus winning the title.

Zverev entered the ATP 250 events in 2014 but was unable to qualify to the main draws. His won his first ATP title in 2014 at the Sparkassen Open after defeating Tobias Kamke (87), Andrey Golubev (56) and Paul-Henri Mathieu(89) in the finals becoming the youngest player to win the Challenger Tournament. The same year he defeated Robin Haase, Mikhail Youzhny and Santiago Giraldo at the 2014 International German Open.

David Ferrer defeated him in the semi-finals. Zverev won another ATP Challenge Tour title in 2015 at Heilbronn in Germany. He defeated Jan-Lennard Struff at the semi-finals and Guido Pella in the finals to win the title and recorded his career high ATP Ranking (85). In 2016, he competed for the ATP title in numerous competitions but eventually got defeated. He played at the 2016 Hopman Cup, Rotterdam, Monte-Carlo Masters, Italian Open, French Open and other.

However, he did succeed to upgrade himself to the ATP ranking. By the end of 2016, he was ranked ATP top 20 becoming the youngest player to that rank since Novak Djokovic in 2007. Zverev won his first ATP title match at the 2017 Italian Open. He defeated Milos Raonic in the quarterfinals, John Isner in the semi-finals and Novak Djokovic in the finals claiming his first Masters 1000. By the end of the season, Zverev accumulated 55 wins and 22 loss. He ranked no. 4 on the ATP Rankings.

In 2018, Zverev defended his title against Philipp Kohlschreiber at the Bavarian International Tennis Championship in Munich. He also won another Masters 1000 title in Madrid defeating Dominic Thiem in the finals.

Zevrev was awarded ITF Junior World Champion in 2013 and ATP Star of Tomorrow in 2015.

The salary of this young tennis star is unknown. He has an estimated net worth of $6 million.

There are rumors about Alexander Zverev dating another tennis star Belinda Bencic. Both Belinda and Alexander have spoken nothing about the rumor so far. There is no controversy regarding Alexander Zverev Jr. to this day.

Zverev has slim body type and is six feet and six inches tall. He weighs 86 kilos. His hair color is blonde and he has light green eyes. The width of his chest is 41 inches, waist is 34 inches and biceps 14 inches.