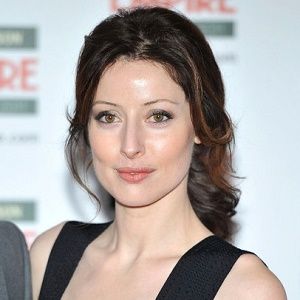 Alexandra Edenborough is in a relationship. She is dating an American actor and fashion model, Andrew Gray McDonnell. The couple has a son named Jasper from this relationship.

previously, she was a married woman. She was married to Gary Oldman. They engaged in the premiere of The Curious Case of Benjamin Button. The couple tied the knot on December 31, 2008, in Santa Barbara, California. She was his fourth wife. Gradually after six years of their relationship, their love life was getting bitter. On September 29, 2015, the couple divorced reason being irrecoverable differences. They do not have any children.

Who is Alexandra Edenborough?

Alexandra Edenborough is a British jazz or electronica singer and a songwriter. She is renowned as an ex-wife of an Academy Award-winning English actor and filmmaker, Gary Oldman.

Edenborough was born on 22nd March 1978, in Somerset, United Kingdom. Her ethnicity is English and nationality is British. There is no information on her parents and siblings.
Alexandra has maintained a very low profile regarding her early life.

Talking about her education, she graduated from King’s Hall School, King’s College, Taunton.

Alexandra started her career doing odd jobs like a waitress in a hotel. From 1998, she started her musical journey. She wrote her own songs and sang it herself. She got her break in 2010 when she released her song, Jingle Jangle Party(on Christmas day).

On 22 November 2011, she released her new album, Touchez-Moi with ten songs. However, she was not much renowned for her musical career. However, she is still working on her music as that is what drives her.

Her salary and net worth is unknown. However, looking at her lifestyle, she seems to be living a luxurious life.

During her entire career, she maintained a top-notch professionalism over her work. Her work was always admirable, and her hard work reflected on how well she did in his career. She always maintains a decent and admirable image in her entire career without attracting any rumors and controversy. Instead of attracting unwanted attention, she made everyone believe that she has no interest in becoming a controversial figure.