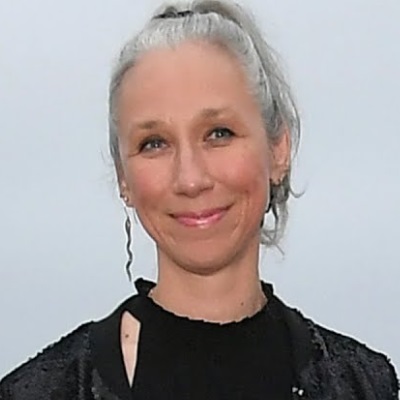 What is the relationship of Alexandra Grant?

Alexandra Grant is in a relationship with Keanu Reeves. Keanu is a Canadian actor and musician.

The two met each other at a dinner party in 2007 and became friends. After that, they started collaborating together on a book.

At present, they are reported dating and are spotted together more often.

Who is Alexandra Grant?

Recently in 2019, she was honored by Vermont Studio Center for Visiting Artist.

Alexandra Grant was born in 1973 in Fairview Park, Ohio, US. One of her parents is a professor of geology and political science, and educational administrator based in Africa and the other is an American foreign-service diplomat.

Her Anglo-Scottish parents lived in Africa but divorced when she was young. After that, she lived in Mexico with her mother.

She attended a British School in Mexico City.

After that, she attended a boarding school, the Thomas Jefferson School, in St. Louis, Missouri for a year.

She and her mother moved to Paris where she attended the International School in Paris.

In the year 1994, she graduated from Swarthmore College with a BA in History and Studio Art.

Likewise, in 2000, she graduated from San Francisco’s California College of the Arts with an MFA in drawing and painting.

Alexandra had her first solo exhibition at the 2007 Museum of Contemporary Art (MOCA) in Los Angeles.

In the year 2013, she collaborated on twin series of exhibitions with Cixous, based on the latter’s book, The Philippines.

Similarly, in 2015, she exhibited her work in a painting called “Antigone 3000” inspired by the Greek myth.

She is a professor like her parents. She was an adjunct professor at Art Center College of Design, Pasadena, CA, US.

Likewise, she taught an MFA seminar at Calfornia State Northridge, California, and from 2013 to 2014 was a mentor in the Pacific Northwest College of Art’s Distance MFA program.

She was a part of a 2015 residency at the Bemis Center for Contemporary Art in Omaha, Nebraska. She directed the movie Taking Lena Home.

Alexandra collaborated with Keanu Reeves in 2011 and published Ode to Happiness.

Their second collaboration was in 2016, Shadows.

She founded the philanthropic grantLOVE project in 2008, which produces and sells original artworks.