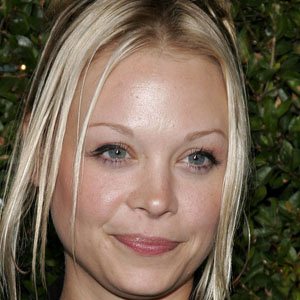 It is going to take a very brave man to love me.

I should have been out there having a wild time like all the other girls my age, but I wasn't. I was going home every night to what was, initially, a very happy marriage.

I was a prefect at school, I never had a tattoo, got a detention or pierced my ears more than once.

Previously, she tied her knot with her boyfriend Johnny Strong on December 10, 1997. Johnny is an actor, stuntman, musician, and martial artist.

The couple could not hold the relationship and end with divorce, however, the exact date of their divorce is still unknown.

Who is Alexandra Holden?

Alexandra Holden is an American actress and she is best known for her performances in ‘Drop Dead Gorgeous’ in 1999 and ‘The Hot Chick’ in 2002.

She is also well recognized for her recurring roles on ‘Friends’, ‘Friday Night Lights’, and ‘Rizzoli & Isles’.

She was born on April 30, 1977, in Northfield, Minnesota, USA. Her birth name is Alexandra Paige Holden and she is currently 43 years old.

Holden holds American citizenship but her ethnicity is unknown.

Talking about Holden’s education, she graduated from the Northfield Public School.

Alexandra Holden began her career from the role of Dani Swanson in the TV sitcom ‘Mr. Rhodes’ in 1996. She made her film debut from the film ‘The Last Time I Committed Suicide’ by the following year.

Alexandra is also active in the field of music. She appeared in Aerosmith’s ‘Hole in My Soul’ music video in 1997.

She was nominated for Fright Meter Award in the category Best Supporting Actress for ‘lovely Molly’ in 2012.

She must have earned a decent amount of money from her career but she has not revealed it. It is under review.

There was a rumor that she was in a relationship with Joey Kern but neither of them confirmed about their relationship.

To know more about Mamie Gummer, Jasmine Guy, and Mia Dillion, please click on the link.