Alexandra Lenas is a famous American actress, singer, and songwriter. She is married and a mother of two kids.

Alexandra Lenas is a married woman. She has been married to tech billionaire, Sean Parker since 2013’s ‘Games of Thrones’ theme wedding. The couple began dating in 2010 and then, Sean proposed her in February 2011. The couple welcomed their first daughter, Winter Parker on February 7, 2013, after two years of engagement.

The couple tied their knot in the $10 million wedding ceremony at Big Sur, California on June 1, 2013, and the marriage event took place in an ancient redwood tree forest and it was the ‘Game of Thrones’ themed ceremony. The wedding cake was about 9 feet tall.

The guest presented wore custom-designed made by Lord of The rings costume designer, Ngila Dickson. Some of the major expense items include A $600,000 stone gate, a $350,000 temporary dance floor and $1 million for flowers and plants.

They did not invite any media in their marriage. And also said that his marriage was spiritual.  During his marriage ceremony, he announced that he paid $1 million to Californian Coastal Commission and he agreed to establish campgrounds worth $1.5 million for underprivileged children.

The couple welcomed their second child, a son, Zephery Emerson Parker on December 1, 2014. She announced the delivery of the son via her Instagram post sharing a snap of herself cradling the newborn on 4 December 2014. The family currently lives together and they are often seen together enjoying their holiday on a beach. 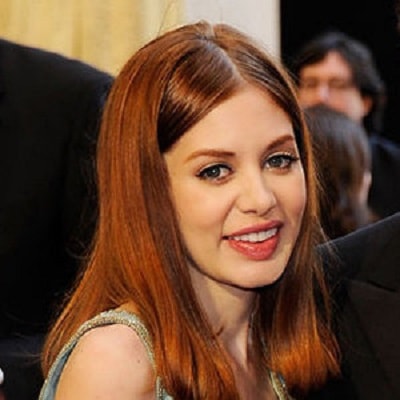 Who is Alexandra Lenas?

Alexandra Lenas is a famous American actress, singer, and songwriter who is also popular for her husband’s identity. Her husband, Sean is the first president of Facebook and he is an entrepreneur who is known for being the co-founder of Napster(popular file-sharing computer service).

Alexandra was born on May 9, 1989, in the USA. She is currently 32 years old. Her mother’s name is Errirte Lenas and the name of her father is Constantine Lenas. She has a younger sister named Victoria Lenas.

Alexandra holds American citizenship but her ethnicity is unknown.

Talking about Alexandra’s education history, she has not disclosed educational institutes names she attended.

She has appeared in the film ‘Mr. Considerate’ released in 2011 in which she portrayed the role of a simple girl in the movie. Apart from being an actress, Alexandra is a well-established singer and songwriter and she is much familiar face in New York.

Alexandra Lenas’s husband, Sean Parker is an American entrepreneur and philanthropist. He is most notable for co-founding the file-sharing computer service Napster, and serving as the first president of the social networking website Facebook.

Lenas and her husband are huge fans of the series ‘Game of Thrones’.

It seems Alexandra has not been awarded and nominated for her work till date.

She must have accumulated a huge sum of money from her career but she has confined information regarding her net worth, salary, and income. However, her husband, Sean Parker has an estimated net worth of around $3 billion and the couple enjoys a lavish lifestyle.

There is a rumor that the marriage ceremony of her was costed around $10 million as of 2022.