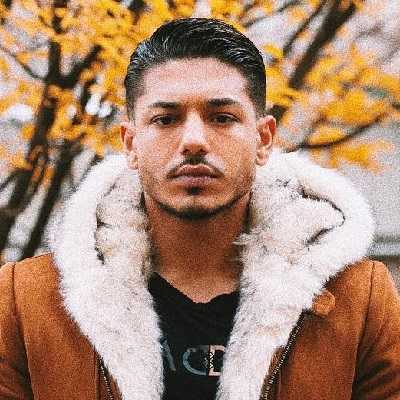 What is the relationship of Alexandre Villani?

Alexandre Villani is leading a happy married life with his wife and daughter. His wife, Capucine Cine is an Instagram star.

Till the date, the couple has shared any details about their dating and wedding details. Together, they lovebirds are blessed with a daughter, Victoria (Born on the 7th of October 2018).

His Instagram posts suggest that he loves to spend his free time with his friends and family.

Who is Alexandre Villani?

Alexandre Villani is a sports coach and Instagram Star. He is renowned for his bodybuilding and lifestyle post on Instagram that went viral on the web.

He is also an entrepreneur who owns the gym chain of Bodytime Collection. Also, he owns the YouTube Channel, Alex & PJ.

Alexandre Villani was born on the 4th of May 1988 in France. He is of French-Italian ethnicity.

As of now, he has not shared any family details about his mother and father. However, he shared the picture of his mother on his Instagram account. Also, he has two younger sisters, Nessa and Jasmine Villani.

Talking about the educational background, in 2010, he graduated from Claude Bernard University in Villeurbanne, France.

Besides that, he also earned diplomas in science and techniques of physical and sports activities (STAPS) from Claude Bernard University Lyon 1.

Alexandre Villani started his professional career as a trainer by establishing the club, Urban Training club along with his friend, Pierre-Jean Cabrieres.

Moving forwards, in 2012, they launched the gym chain with the name, BodyTime Chain. In the gym, they have trained their clients for more than a thousand hours.

In the way to expand the chain, he launched the Train With Me Program. Starting from 2016, the gyms have transformed more than hundreds of spectacular transformations.

In 2017, the gym chain launched several BodyTime Collection Brands including the clothing lines for men and women. He was also a designer of the merchandise.

With his peaking career as a coach, he earned massive fans and followers on Instagram. His current videos earn more than 50k views whereas his pictures earn more than 6k likes on average.

Also, he created the channel, Alex & PJ with Pierre-Jean Cabrieres back in 2015. On the channel, they upload raps, challenges, extreme sports, and short films. Currently, the channel has 432k subscribers with more than 60 million views.

Is Alexandre Villaniive on social media?

As of 2022, he has an estimated net worth of $1 million. As a sports coach, his earnings are $23k to $52k. Also, his gym, Bodytime Express is a major source of his income. Also, he earns through his merchandise including the Men & Women clothing line, Bodytime Collection.

What are the body measurements of Alexandre Villani?

Alexandre Villani has black eyes with black hair. His height is 5 feet 8 inches and weighs around 83 kg with a Mesomorph body type.

As of now, he has not been through any kind of controversy that created a buzz in the media. Similarly, no rumors and scandals are linked to him.