Best known as the wife of famous television personality Seth Meyers and as a New York’s most prominent 'New Abolitionists'.

Alexi Ashe is a married woman. She exchanged her vows with the Primetime Emmy winner Seth Meyers on 1st September 2013 on Martha’s Vineyard.

Seth and Alexi met each other for a first at the wedding of an actor Chris Kattan in 2008. After dating for 5 years, they got engaged in 2013 July. 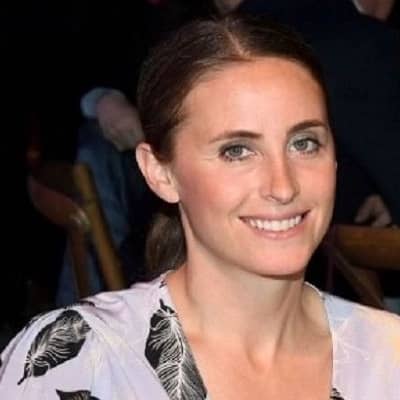 Who is Alexi Ashe?

Alexi Ashe is an American philanthropist. She is best known as the wife of famous television personality Seth Meyers and as a New York’s most prominent ‘New Abolitionists‘.

This philanthropist was born on April 1, 1983, in New Mexico, the United States. Her father’s name is Tom, and her mother‘s name is Joan.

She has a sister named Ariel and belongs of All-American descent.

As per academics, she graduated with a Bachelor’s degree in political science and government from Occidental College.

Afterward, she completed her doctorate in International Human Rights from the Southwestern University School of Law in 2011.

Afterward, she began working at Somaly Mam Foundation as a legal intern. In 2011, she went to Los Angeles and began to work as an unsalaried assistant DA at King’s County District Attorney’s Office.

Ashe prepared documents for legal motion and memoranda of law and oversaw investigations into long-term complex criminal prosecutions in the Sex Trafficking Unit.

The next year, she worked at Human Rights First with the US asylum process as a refugee representation legal intern. She conducted researches on protection protocols at the international level for victims of and human trafficking.

Alexi got a new job as compliance and legal counsel at AC Investment Management, New York in 2012 April. She worked there for 8 months and started working as a grants writer and legal intern at World Wide Orphan Foundation, New Jersey.

In 2013, she became a member of the advisory board of an initiative that seeks to educate people with films, ‘Journeys in Film‘. The same year, Ashe began working in Special Victims Bureau and Human Trafficking Bureau as an assistant DA at King’s Country District Attorney Office, Brooklyn.

Later, Alexi became a member of Human Rights First’s board of directors in 2018. She has also been listed as New York’s most prominent ‘New Abolitionists’.

The average salary of a district attorney in New York is $83,000. Meanwhile, according to some sources, she along with her husband Seth has an estimated net worth of $12 million.

There is no rumor and scandal about Alexi. Meanwhile, she has managed to keep herself out of any rumor and controversy. She is doing great in her career.

Alexi has over 700 followers on Instagram and around 1 K followers on Twitter. She is not active on Facebook. Ashe loves to spend quality time with her family rather than on social media.

You may also read Roy Moore and Danny Hicks.