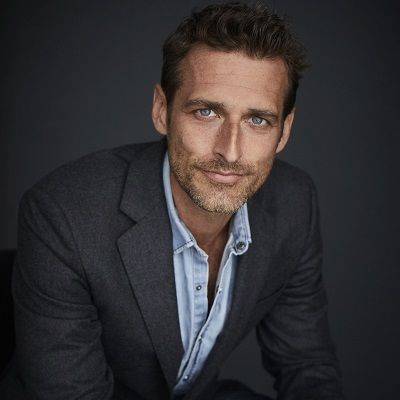 "Open your eyes to all the BEAUTY, magic, and miracles in this world. The more you open your mind to them, the more they will become apparent" “was having a conversation with my wife, who is a huge environmental advocate. We were talking about the industry. I said, ‘How can we work in this industry if our beliefs are this?’ My wife, who is much more intelligent than I, said ‘You are good at what you do. Don’t jump off the boat because you don’t like where it is going. Stay on the boat and use any influence you have to tap the nose of it—change its direction.''' “I realized that in my jobs, I was allowed to control this aspect of the shoot. “I am a creative. I knew then that all of the other creatives have had power, too. Every creative choice we put out there has massive ripple effects. Every creative decision we make has immense power. You have a choice—and what comes with that is a massive responsibility. You do have the power to say no sometimes,”

Giada is the owner of Lunazul Swimwear and Director of Events and exhibits at Milk Studios in New York.

They first met at a photography show called Transit at Milk Studios in 2008 and soon started dating. Not long after that, they walked down the aisle on August 8, 2009, at the Wisnicz Castle in Oland.

Currently, he lives with his wife and their two adorable sons; Sole Luka, 7, and Leone, 4 in New York.

Who is Alexi Lubomirski?

Alex Lumbomirski was the official photographer of Prince Harry and Meghan Markle for their engagement and their wedding.

He is an ambassador of non-profit organization Concern Worldwide.

Lubomirski is a member of a noble family. He is entitled to His Serene Highness Prince Alexi Lubomirski which he descended from the Polish Lubomirski Family.

Alexi was born in England to a Peruvian/English mother and a Polish/French father in 1975.

When he was 8 years old, he moved to Botswana with his mother and English stepfather.

He studied at Magdalen College School until 1994 (and now is an Old Waynflete).

It was his stepfather who gave him his first camera at the age of 11. His serious interest in photography developed while traveling in Peru during a gap year at college.

His interest later shifted from social commentary to narrative-based fashion photography while studying for his degree at the University of Brighton, in the UK.

Alexi Lubomirski was introduced to Mario Testino in London. Mario is a Peruvian fashion and portrait photographer. Alex soon joined him in Paris as his assistant and worked with him for about 4 years.

Katie Grand hand-picked him to start shooting for the iconic FACE magazine and Harpers Bazaar US.

In 2014, he published two books: “DECADE” and “PRINCELY ADVICE for a HAPPY LIFE”

In 2016, Lubomirski came out with his second photo book and exhibition, “DIVERSE BEAUTY”.

All proceeds from his books are donated to the charity Concern Worldwide of which Alexi is an ambassador.

Lubomirski’s net worth is $20 million US dollars. His salary is not disclosed.

Alexi Lubomirski has blue eyes with dark brown hair. He is 5 feet 10 inches tall and weighs around 61 Kg.

You may also know about Holly Scally, Gilles Bensimon, and Matt Easton.