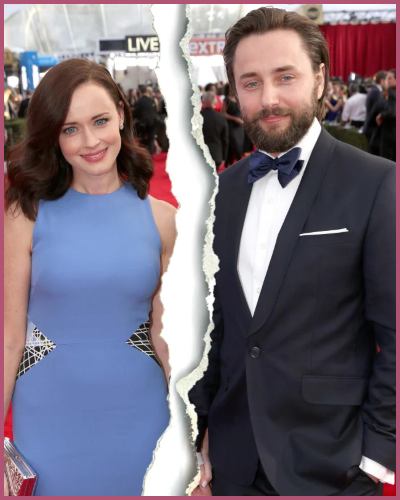 After only a few weeks of separation, the two have formalized their divorce. According to court documents obtained by Page Six, a judge approved the divorce order on August 26.

The case has finally been resolved. Bledel and Kartheiser were married for almost eight years. Their marriage ended three weeks after a representative for Bledel told ET that they were divorcing.

Us Weekly was the first to report that the ‘Mad Men’ star has filed for divorce from his wife in New York’s Putnam County Supreme Court. Similarly, the court documents state that he filed for divorce on August 10th.

Alexis Bledel is an American actress and model. She is extremely prominent for her role as ‘ Rory Gilmore’ on the television series “Gilmore Girls” (2000-07).

She is a hardworking person and has made a respectable position in the American acting and modeling field. Alexis was born to Nanette and Martin Bledel on September 16, 1981, in Houston, Texas, U.S.A.

Her nationality is American and belongs to a Mixed (Spanish, Scottish, English, Irish, distant German) ethnicity.

She was raised in a Spanish-speaking household and learned English only after attending school. See more…

Vincent Kartheiser is a popular American actor. He is extremely prominent for his role as ‘Pete Campbell’ in “Mad Men” and ‘Connor’ in the “WB TV” series Angel. He is a hardworking person and has made a recognizable position in the American acting field. See more…