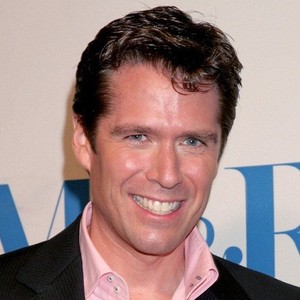 I think most people in the developed world would admit to carrying some sort of handheld device, whether it's a laptop or a cell phone, at all times

I think we're all fascinated and a little mystified by how the brain works. One of the most mysterious of the physical sciences is neurological science

The inherent corruption of man can often bring down the best system.

What is the relationship of Alexis Denisof?

Alexis Denisof married past co-star “Alyson Hannigan”, who played “Willow Rosenberg” in ‘Buffy the Vampire Slayer’, on October 11, 2003. The couple lives in Encino.

They have two daughters, Satyana Marie Denisof, born on March 24, 2009(which is also Alyson Hannigan’s Birthday), and Keeva Jane Denisof, born May 23, 2012.

Who is Alexis Denisof?

Alexis Denisof is an American Actor who is primarily known for playing  Wesley Wyndam-Pryce in the Television Series Buffy The Vampire Slayer and its spin-off Angel.

Alexis Denisof was born on February 25, 1966, in Salisbury, Maryland, USA. He has Russian, French, and Irish ancestry.

Alexis is the son of Dr. Christiana Taylor(mother) and Gerald Denisof(father). Alexis moved to Seattle, Washington, when he was 3 years old.

Alexis Denisof attended “Highline College”, where his mother was head of the drama department. After graduating from “St. Paul’s School” in Concord, New Hampshire, he moved to London, England, at age 17, where he lived and worked for several years. Whilst there, he studied at the “London Academy of Music and Dramatic Art”.

Beginning his career in the film industry, Denisof was the director of a stage production of “hamlet”, and in 1991 was the fight director for the BBC’s The Other Side, Romeo and Juliet, and The Souls DarkNight. Alexis’s first lead was alongside Christopher Lee in the feature film Murder City where he played an investigative reporter. It was released in 1989. One of his first known works in Television was the arcade version of the video for “Got My Mind Set On You” by George Harrison. In 1995 he landed a small part in the 1995 movie  First Knight, appearing as one of Arthur’s round table knights in multiple scenes with Sean Connery and Richard Gere. Following those roles, Denisof worked with Sean Bean in three episodes of Sharpe as Lord John Rossendale in 1997.

There have been no such rumors and controversies over Alexis Denisof.

Alexis has a height of 6 feet 0.5 inches. His body weighs 84kg. He has dark brown hair and blue eyes.

Is Alyson Hannigan pregnant with her third child?