Who is Alexis Floyd Dating now?

According to her social media reports, it can be assumed that Alexis Floyd is single and is dating anyone right now.

With the release of her recent project, ‘Inventing Anna’, maybe she had been busy and focused more on her work. She might explore her options after some time, but at present, we can conclude that Alexis is single and unmarried. 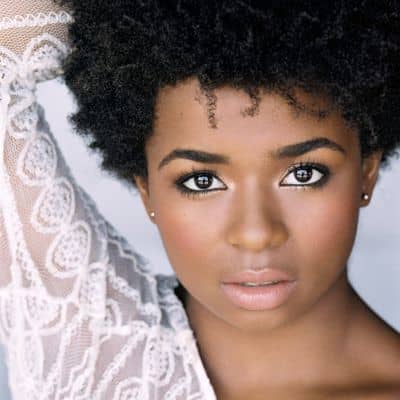 Who is Alexis Floyd?

Alexis Floyd is an American natural-born actress and producer. She rose to fame after appearing as Tia Clayton in the third season of the American drama series, ‘The Bold Type.’

Being an accomplished actress, Floyd has been part of the plays like P.S., Single Rider, and Romeo and Juliet. Currently, she is in the limelight, after the release of the 2022 mini-series ‘Inventing Ann’ in which she portrayed the role of Neff Davis.

Alexis Floyd was born in Cleveland, Ohio, the United States on December 22, 1993.

Floyd is 29 years old as of 2022 and holds an American nationality. She maintains All-American ethnicity and according to the astrologers, she has a birth zodiac sign of Capricorn.

Mark Floyd is her father’s name while the name of her mother is Lauren Generette. She was trained at Shaker Dance Academy and Rhodopi International Theatre Laboratory. Moreover, she is an alumnus of Carnegie Mellon University.

Alexis Floyd started her career as a dancer and she went to Shaker Dance Academy for the training where she was taught, Ballet, Tap, Jazz, Hip-Hop, African, & Lyrical dance forms.

She debuted her acting career as a theater artist and performed in An Inspector Calls, Rent & Footloose plays after which she earned, Choral Award in 2011.

In 2017, she took her first step by appearing as Theater Performer in the film, ‘Newly Single’ directed by Adam Christian Clark. In the same year, she was featured in Millicent Scowlworthy, If Sand Were Stone Play, Single Rider, and so on.

Her role as Tia Clayton in the Hulu -drama series, ‘The Bold Type’ in 2019 become her breakthrough which gained her lots of fame and recognition. Her other acting credits include, ‘Make It Easy, ‘Boy Shorts’, ‘Dickinson’, ‘Daughters of Solanas, and ‘Fashion Foes.’

Floyd’s most recent project is ‘Inventing Ann’ in which she starred as Neff Devis which aired on February 11, 2022.

Shonda Rhimes is the creator and producer of the following drama series.

As of 2022, actress Alexis Floyd has an estimated net worth of around 500K USD. She has not given any detailed info about her salary and earnings.

There is no record of Alexis Floyd facing any rumors and controversies. It seems like she is of a very secretive nature and prefers to stay out of the unnecessary buzzes rather.

Alexis Floyd stands at the height of 5 feet 7 inches and weighs around 54 Kg.

In addition, the tv star has a brown complexion with a pair of black eyes and black hair.

She is officially present on Instagram under the username, @alexisgfloyd which has more than 24K followers while there is an unverified Twitter account with her name that is enriched with a few followers.