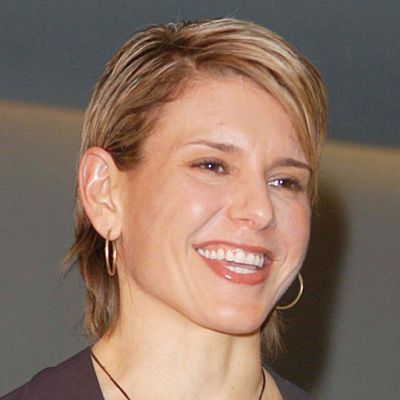 When did Alexis Stewart tie the Knot?

Talking about her love life, Alexis Stewart tied the knot with John Robert Cuti. Cuti is a lawyer and former lead guitarist for The Inflatables. The couple tied the knot in the year 1997.

John has served as a trial lawyer during her mom’s ImClone stock trading case. Sadly, the couple separated in the year 2004. Likewise, Stewart emerged on The Oprah Winfrey Show to discuss her fight to conceive a child on 9 October 2007.

Who is Alexis Stewart?

Stewart is widely famed as the daughter of a famous American businesswoman, model, and television personality, Martha Stewart.

Alexis is the daughter of her father, Andrew Stewart whereas her mother is Martha Stewart.

Moreover, she is the only child of her parents. Her mother is a well-named American businesswoman, writer, former model, and television personality.

Talking about her nationality, Stewart holds an American identity whereas her ethnicity is mixed(Polish-Caucasian).

Regarding education, the television star completed her bachelor’s degree in English at Barnard College at Columbia University in the year 1987. Earlier, she attended The Putney School.

Alexis began her career by co-hosting Whatever with Alexis and Jennifer on Sirius Satellite Radio and on television on the Hallmark Channel on 13 September 2010.

She is also a former radio partner with Jennifer Hutt. Together they talked about topics ranging from pop culture to personal relationships.

Similarly, the show was billed as being about ‘whatever’ the two women are thinking, reading, or hearing. The duo’s TV show, Whatever, Martha, aired on the Fine Living Network on 16 September 2008.

Talking about her show, Whatever, Martha, Stewart, and Hutt made fun of old Martha Stewart Living episodes and attempt to cook or make one of Martha Stewart’s projects to see how hard the projects are to complete.

Together, Stewart, and Hutt made fun of herself and her guest in the show.

The Third season of Whatever with Alexis and Jennifer later ran as Whatever, You’re Wrong! featured on the Hallmark Channel on 8 April 2011.

She released on her Whatever blog that her last day on Whatever would be Friday, June 10 on 7 June 2011.

A talented American television host, Alexis has earned a handsome amount of money from her profession.

It is reported that Alexis Stewart has an estimated net worth of $1 million.

Her average salary is expected to be nearly $55 thousand. Similarly, her mom has an accumulated net worth of $650 million.

Alexis has never been part of any controversial matter or rumors till now.

The star has been preoccupied with her professional and private life.

It seems that Stewart prefers enjoying her personal life and does not want to merge it with her professional life.

She stands at a height of 5 feet 10 inches. Also, she has a balanced body weight of 60 kg.

Furthermore, Stewart has light brown eyes whereas her hair is blonde.

Regarding her social media presence, Alexis Stewart is not an active personality on social media.