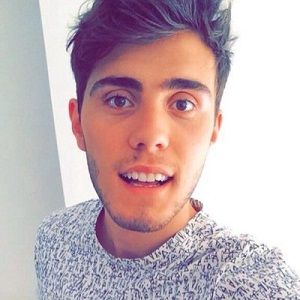 What is the relationship of Alfie Deyes?

Alfie Deyes is an unmarried person and is currently dating Zoe Sugg since August 2014.  Zoe is popularly known as Zoella is also a popular YouTube personality with more than 11 Million subscribers and is also an author.

Deyes is not associated with any other affair status and divorce case yet.

Who is Alfie Deyes?

He is also an author and has already published two series of his own book “The Pointless Book”.

Deyes was born to British parents on 17 September 1993 in London. His nationality is British and belongs to European ethnicity.

He was raised by his mother, Meranda, and father in a friendly and entertaining environment along with his sister Poppy. As a boy, he was highly interested in making short videos and was addicted to YouTube videos.

He has attended Varndean School.

Alfie Deyes started his official channel “PointlessBlog” in 2009 at the age of 15 and started posting daily activities on his channel. Currently, he has over 5.4 million subscribers and has total views of 457 Million views.

He created another YouTube channel named “PointlessBlogVlogs” on Mar 12, 2010, where he has over 4.1 Million subscribers and total views of 680 Million.

After one year on May 31, 2013, Deyes created another channel named “PointlessBlogGames” mainly related to games. He has over 1.8 million subscribers and total views of 187 Million on his game channel.

Deyes was also featured on a 2014 single “Do They Know It’s Christmas?” along with her girlfriend Zoe. He appeared for the first time on the radio ‘The Radio 1 Breakfast Show’ in November 2014.

Once there was a rumor that Deyes and Zoella got separated; however, afterward, Zoella claims that they are still together and still love each other as in the past. He has not been the topic of any major controversy.

Alfie Deye’s weight is 71 kg and has a height of 6 feet. His hair is dark brown and his eyes are brown.

His body measurements, shoe size, and dress size are unknown.