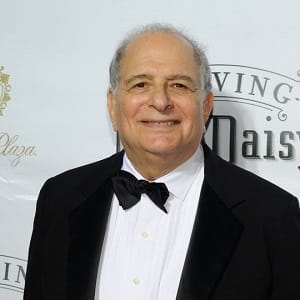 What is the relationship of Alfred Uhry?

Alfred Uhry is a married man. He is married to Joanna Kellogg. They have four daughters together: Emily Uhry Rhea, ElizabethUhry MacCurrach, Kate, and Nell.

Currently, he lives in New York City with his family. Their marriage is going strong as there is no news regarding any extramarital affairs at present.

Who is Alfred Uhry?

Alfred Uhry is an Academy Award-winning American screenwriter and playwright. People mostly know him as the writer of the play ‘Driving Miss Daisy.’

Additionally, he is also a member of the Fellowship of Southern Writers.

Uhry was born as Alfred Fox Uhry in Atlanta, Georgia on December 3, 1936. He was born to parents Alene and Ralph K. Uhry.

His mother was a social worker and his father was a furniture designer and artist.

Additionally, he has a sister named Ann Uhry Abrams who is an author. Alfred is of American nationality. Furthermore, there are no details available about his ethnic background at present.

In which school did Alfred Uhry attend?

Talking about his education, Uhry attended Druid Hills High School and graduated in 1954. In addition, he also graduated from Brown University.

Uhry initially worked as a lyricist and librettist for several musicals that were commercially unsuccessful.

Additionally, he collaborated with Robert Waldman for the 1968 musical ‘Here’s Where I Belong.’ He also worked on another play titled ‘The Robber Bridegroom.’

The play premiered on Broadway in both 1975 and 1976 Since then, he has worked on several other movies, plays as well as television series. All in all, he has over 8 credits as an actor.

Some other movies, plays, and television series that Uhry has appeared in include ‘Driving Miss Daisy’, ‘Rich in Love’, ‘Mystic Pizza’, ‘Broadway on Showtime’, ‘Hootenanny’, and ‘As the World Turns’ among others.

Furthermore, he has worked on other shows like ‘Don’t Say No Until I Finish Talking: The Story of Richard D. Zanuck’, ‘Charlie Rose’, ‘Working in the Theatre’, ‘The People v. Leo Frank’, ‘The Jewish Americans’, and ‘TCM Guest Programmer’ among others.

Some of his other additional theatre works include ‘Edgardo Mine’, ‘LoveMusik’, and ‘Parade’ among others.

Uhry won the prestigious Academy Award in 1990 for his work in ‘Driving Miss Daisy.’ In addition, he has also received the nominations for BAFTA Film Award and the 20/20 Award.

What is the net worth of Alfred Uhry?

Uhry has not revealed his current salary.

Furthermore, there are no details available about his estimated net worth at present.

Uhry’s show ‘Driving Miss Daisy’ became part of a controversy after its release on CBS.

Various media watchdogs and minority groups launched a protest against the show. Additionally, at present, there are no rumors concerning Uhry and his career.

Talking about his body measurement, there are no details available about Uhry’s height and weight.

Additionally, his hair color is grey and his eye color is dark brown.

Uhry is not active on social media.