Algee Smith’s current relationship status is possibly single. As of now, he has not introduced anybody as his girlfriend, wife, or partner. 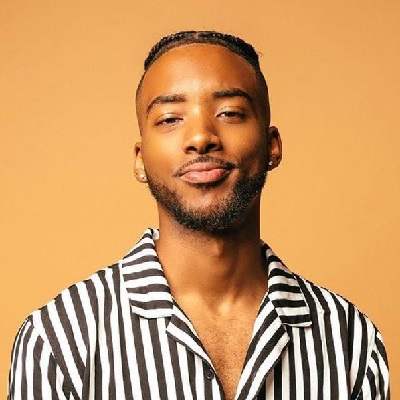 Who is Algee Smith?

American Algee Smith is an actor. Smith is renowned as Ralph Tresvant of The New Edition Story and Larry of Detroit.

Last, in 2019, he made his appearance in the TV series, Euphoria as Chris McKay.

Next, in 2021, he will be making his appearance in the movie, Judas and the Black Messiah as Jake Winters. The movie has already completed its filming and waiting for its date to be released.

Also, his upcoming movie, Mother/Android is on the verge of post-production.

Algee Smith was born on 7th November 1994 in Saginaw, Michigan. He is of British ethnicity. His family relocated themselves from Michigan to Atlanta. At the time, he was just 8 years old.

To date, he has not revealed the names of his family background including his father, mother, and siblings. His father is a professional musician whereas his mother is a fashion designer.

Moving to his academics, he attended Early Head Start and Kempton Elementary school. Later, he completed his education from the homeschool.

Since his childhood, he had a great sense of attachment to the entertainment industry. At the age of 9, he recorded his first rap. Following that, he started making his appearance in several TV series including How to Rock, Army Wives, and Let It Shine in some minor roles.

At 20 years, he moved to Los Angeles to pursue his career in acting. After that, he featured in the movie Earth to Echo as Marcus Simms. However, he didn’t receive instantaneous success as an actor.

Despite that, he part of many series like Saints & Sinners, The Infamous, and The New Edition Story. Through the process in those series, he was building a strong foundation for his solid career in the industry.

In 2017, he featured the movie, Detroit as Larry. The movie became one of the most successful movies in his career. For that, he received nominations for the Black Reel and Image Award.

In the year 2019, he featured the series, Euphoria as Christopher McKay. The character, Chris is a young football player who is having some difficulties adjusting to college. Also, Chris happens to be the boyfriend of Cassie Howard. The actress, Sydney Sweeney portrays the character, Cassie.

Currently, he is focused on his upcoming movie projects.

Apart from that, he also makes it through his merch.

He has black eyes with black hair. He stands at a height of 5 feet and 5 inches and weighs around 65 kg.

Talking above his appearance, he has an attractive persona with oval-shaped facial features. He prefers to have slightly grown facial hair.

However, he spoke during the early days of Black Lives Matter Protests. At the time, he took his Instagram to share his feeling regarding the death of George Floyd’s death.

Also, he added his emotional moments of portraying the black people’s character who has been a victim of police brutality. Through the post, he also mentioned that he no longer desires to take such roles.