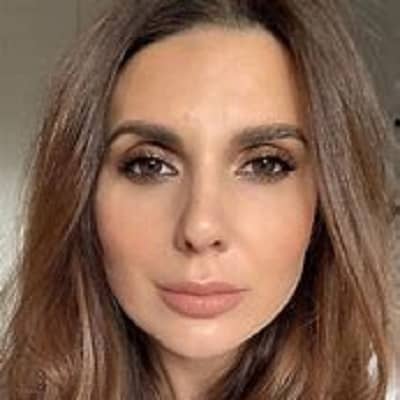 Talking about the status of her relationship, she is married to a guy named Alex Rosu who is a popular celebrity photographer.  The romantic couple keeps featuring each other on their respective Instagram posts.

At present, the duo lives in Paris, France.

Who is Ali Andreea?

Ali Andreea is a famous YouTube star and social media personality. Further, she is a makeup artist who has earned a lot of fame and fans.

In addition, she has earned recognition for uploading product reviews and occasional vlogs.

Likewise, she is of Caucasian ethnicity and holds Romanian nationality.

Focusing on her parent’s details, she hasn’t mentioned anything related to her parents and siblings.

There is no information regarding her educational qualifications.

Firstly, she worked as a makeup artist for thirteen years. Then, she launched her self-titled YouTube channel in 2015. She uploads her first video ‘Simple Makeup for beginners with Tily Niculae which was her basic makeup tutorial video. Likewise, she shared “Our Weeding Story’ which shows the highlights of her wedding day on September 7, 2015.

In April 2017, she uploads the video of “How to do a Cat Eye Look for Hooded Eyelids” vlogs. This vlog received a lot of attention from women. Through her makeup video, she wants to suggest women use makeup products in the right techniques.

Moreover, she is a professional social media personality. She keeps her channel updated by creating glamorous makeup tutorials on her channel.

Besides that, she is incredibly talented so that she has met and worked with countless models and fashion stars including Thylane Blondeau. Likely, she has also graced covers of ‘Jalouse’ magazine and Vogue Enfants.

Ali’s income source is coming from being a Youtube star and she has an estimated net worth of $5.5M.

She has not revealed any information about her height and weight. But, this gorgeous lady has got beautiful dark brown eyes and brown hair.

This makeup artist has earned very huge fan followers on her social media sites. She is pretty active on Instagram and has 416K followers.