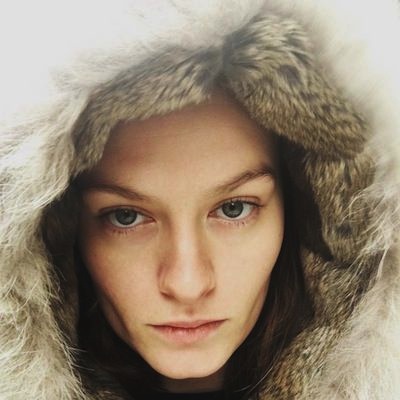 Who is Ali Lagarde?

Ali Lagarde is a famous American model who has been on the runway for Moschino Cheap and Chic, Vivienne Westwood, Emilia Wickstead, Rebecca Taylor, Felder Felder, Tracy Reese, and many more. She has been active in her career since 2009.

Ali was born somewhere in the USA but her place of birth and date of birth is still unknown. Also, she has not disclosed any information about her parents. I Hope, Ali will soon reveal their identities.

Ali holds American citizenship but her ethnicity is unknown.

Talking about Ali’s education history, she has not revealed any education institutions names she attended.

She began her career working with The Campbell Agency, and currently, she is signed with IMG Models in London, New York, Paris, and Milan. Likewise, she also signed with Wizard Models Tokyo, Traffic Models Barcelona, and Stockholmsgruppen. She appeared in the pre-fall DKNY advertisement with work by Terry Tsiolis in 2010 and also on the cover of Russh magazine and Frankie magazine.

In 2012, she walked for J Crew and Calvin Cline for the spring/summer and fall/winter shows, respectively and Ali has walked runways in 2014, 2012, and 2011 and her last show was Acne pre-fall show. Likewise, she appeared in the Ermanno Scervino and Cushnie et Ochs Spring/summer shows.

It seems Ali has not been awarded and nominated for her work to date. I hope, she will be awarded soon.

Ali must have earned a huge sum of money from her professional career. However, she has not revealed her exact net worth, salary, and income and it is under review.

Ali Lagarde has been successful in keeping herself far from rumors and controversies in her personal and professional life.