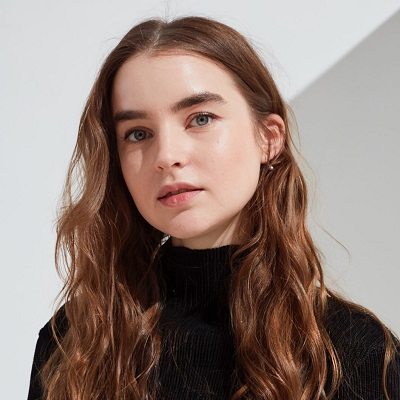 Ali Michael shares a love relationship with Marcel Castenmiller. Her boyfriend, Marcel is also a model like her. Till the date, the couple has not shared any information about their further plans regarding marriage and engagement.

Prior to that, she was in a relationship with the actor, Matthew Gray. She and her ex-boyfriend, Gray started dating back in 2010 which eventually ended in after three years in 2013.

Before that, she has also dated the guitarist of Kingfisher band, David Broderick. They started dating in 2004. However, they broke up with each other in 2007.

Who is Ali Michael?

American Ali Michael is a model and actress. She is renowned for her modeling assignments with brands like Lacoste and Burberry.

She also appeared in the Playboy magazine.

Ali Michael was born Alexandra Nicole Michael on the 15th of May 1990 in Colleyville, Texas. She is of British-Germanic-Dutch ethnicity.

Till date, she has not shared any information about her father and mother. However, she has shared her father’s picture during his birthday on the 3rd of May.

In May 2008, she graduated from Grapevine High School in Grapevine, Colleyville. After that, she moved to New York to pursue her modeling career.

At the age of 15, Ali Michael won the Kim Dawson Model Search contest. From the contest, she started her modeling career.

Moving forward, in 2006, she signed with DNA Models and made her appearance in Italian Elle editorial. The following year, she made her rum way debut with the New York runway for the designer, Alice Roi.

Later, in 2008, she was sent to Paris for her appearance on the Today Show. Later, she continued her ramp walk with the spring Fashion Weeks in London, Milan, and Paris.

As a model, he has walked for the various designers like Sonia Rykiel, Karl Lagerfeld, Akris, and Christian Dior. Also, she has promoted various brands including 3.1 Phillip Lim and Burberry.

Also, she appeared in the Playboy magazine as the Playmate of the month of July 2016. Currently, she is signed with the modeling agency, Next Model Management.

Besides the modeling career, she has also made her appearance in the short movies including BB Dakota: Hardcover and Leech.

Last, in 2019, she featured the movie, Diamond Soles as Cecilia.

Besides that, as an actress, she makes in the range of $19k to $210k. Apart from that, she also earns through her ramp walks for designers.

Back in 2008, Ali discussed the problem of the weight-related issues on the Today Show this morning. During the show, she revealed that once she was told that her legs were too fat to walk in runways like many models. Hence, she lost her weight from 130 pounds to 102 pounds losing 30 pounds.

Also, she recalled a moment during her fashion show back in Paris where she shared period issues with her fellow models. At the time, she told fellow models that she had not had a period for over one year. Also, many fellow models told that they had similar issues.

As a result, she was suspended from the Fashion Week in February 2008, for her appearance in the show and open talk related to bulimia nervosa and anorexia nervosa.

Ali Michael has blue eyes with blonde hair. Her height is 5 feet 10 inches and weighs around 46 kg. Her body measurement is 33-23-34 inches.

MAFS stars Martha Khalifatidis and Michael Brunelli: have they really split or are faking it?