Ali Tataryn’s current relationship status is possibly single. The details of her current boyfriend and affair are unknown. 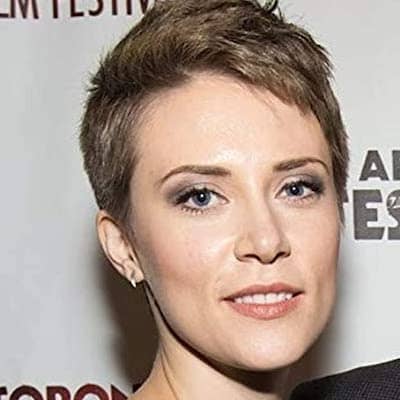 Who is Ali Tataryn?

Ali Tataryn is an American actress who is notable for her appearance in Wrong Turn 4, Heaven Is for Real, and Silent Night.

In addition, she is also a producer and produced Dark Forest in 2015 and Bloody Mary in 2014.

She was born on 18 Oct 1986 in the United States. The name of her father and her mother’s name is hidden from the public.

Ali’s ancestry is Caucasian and talking about her academics, she attended Lord Selkirk Regional Secondary School.

Ali Tataryn was first seen in a TV series titled Less Than Kind in 2010. Then she has seen in Duane Discovered Time Travel, Crashing In, and more.

But her fame is associated with movies such as Silent Night, Curse of Chucky, Heaven Is for Real, and Cult of Chucky. Then them she was seen as Alana, a girl, Angel, and Ashley respectively.

Recently, she appeared as Katrina in a So, What Do You Think? (20210). Her other screen roles are,

At present, her net worth is around 100k dollars which is predicated. However, her salary and other earnings are unknown.

This Wrong Turn 4 actress is keeping herself away from rumors and is also not surrounded by any desperate scandals.

Regarding Ali Tataryn’s body features, her height is 5 ft 10 inches and her body weight is 61 kg. Moreover, her eyes are blue plus she has dark brown hair.

Ali is available on social sites. She has more than 3.7k and 663 followers on Facebook and Twitter respectively.