Alia Bhatt in the present time is dating another actor of Kapoor clam. Her boyfriend is one of the popular faces of the Bollywood industry, Ranbir Kapoor.

Despite their age difference of 10 years, they get along amazingly. Their affair was started while shooting the movie Brahmastra in 2018. At first, the rumors of their romance surfaced and later they officially announced that they are a couple.

On April 14 she tied the knot with her long term boyfriend, Ranbir Kapoor. They are in healthy relations and there is no record of them being involve in any rumors and cotrovery.

Recently, they shared a piece of joyful news about them being parents.

In her school days, as per the sources, Alia dated Ramesh Dubey in 6th class, Ali Dadarkar in 8th class, plus businessman Kavin Mittal.

The news of her seeing actor Varun Dhawan and Siddharth Malhotra also grabbed much attention. 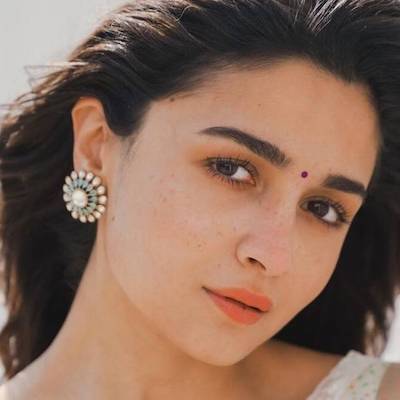 Who is Alia Bhatt?

Alia Bhatt is an actress, singer, and model of British nationality. Alia Bhatt is primarily known for her work in projects like Sadak 2, Gangubai Kathiawadi, Student of the Year, and many more.

She has several movies on the line that are yet to release titled RRR, Rocky Aur Rani Ki Prem Kahani, Brahmastra, Baiju Bawra, etc.

She recently grabbed the media when it was announced she will be seen along with Hollywood actress Gal Gadot in the film Heart of Stone.

Her birthdate is 15 March 1993 and she was born in London, the United Kingdom. The name of her mother is Soni Razdan (actress) and her father’s identity is Mahesh Bhatt (director).

As per her academics, she studied at the Jamnabai Narsee School.

Alia Bhatt is an actress who has shown her presence in several screen projects. She debuted with a short movie A Viewfinder as Luz in 2014.

Moreover, her other lead roled projects are,

Alia did a cameo in films like Welcome to New York, Ugly, Ae Dil Hai Mushkil, and Zero. She is also an amazing singer who has shown voice skills in several songs. Some of her tracks are “Sooha Saha”, “Samjhawan Unplugged”, “Love You Zindagi (Club Mix)”, “Humsafar (Alia’s version)”, and more.

By the reports of 2022, Alia Bhatt has an estimated net worth of $34 million which she collected from her work.

But her annual salary and other earnings are not yet made public. She has endorsed brands such as Coca-Cola, Garnier, Maybelline, and more. During the year 2018, in Bollywood, she was the eighth highest Indian actor.

This actress has her own line of clothing and handbags plus a production company Eternal Sunshine.

This cast of 2022’s Student of the Year is keeping herself away from scandals along with desperate rumors as of now. But when she was debuting in Bollywood, she appeared on a talk show of famous Indian director Karan Johar, Koffee With Karan.

During that time, her tongue slipped and gave the wrong answer to 2012’s Indian President. The consequences were viral as she became the meme material. Several funny memes questioning her IQ were made. But she did not get offended and for her fans, she made a video about this with YouTuber Tanmay Bhatt.

Alia Bhatt’s height is 5 ft 3 inches and her body weight is 54 kg. Before her Bollywood debut, Alia was quite overweight, and in 2012, to enter the Indian cinema, she lost 20 kgs in less than 6 months.

Furthermore, she has naturally dark brown hair and her eyes are also dark brown in color.

She is also active on Instagram with a massive number of followers of over 60 million. She runs a YouTube channel with around 1.69 million followers.

Mahesh Bhatt: His controversial closeness to some women of the film world!