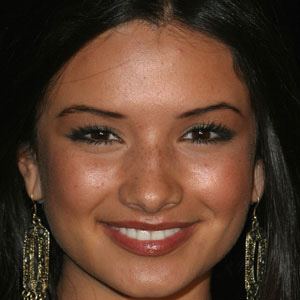 I'm from a big family

I have four younger siblings. My parents are still happily married together. I grew up moving around a lot, and my family was certainly not affluent.

As we all know, there is inner beauty and outer beauty. If we examine inner beauty, to me there is nothing more beautiful than inner peace, in a man or a woman.

For a workout, I love to hike or take a long walk. Being outside is crucial

Alice Greczyn is currently in a relationship with Grey Damon since 2014. He is well known for his performances in ‘Friday Night Lights’, and ‘The Nine Lives of Chloe King’.

They are both loving and caring for each other. They have been dating for more than three years and there is no sign of separation between them. Hope they will soon get married and start a new journey.

Who is Alice Greczyn?

Alice Greczyn is an American actress and model. She is best known for her performances in ‘The Dukes of Hazzard’, ‘Shrooms’, ‘Sex Drive’, and also known as Sage Lund in ‘Lincoln Heights’, and as Madeline ‘Mads’ Rybak in ‘The Lying Game’.

Her father’s name is Theodore Greczyn and her mother’s name is Wilma Greczyn. She has got four younger siblings. She is of European and Asian descent. Alice has not provided any information regarding her childhood.

Talking about her education, she was homeschooled. Then, she began taking classes at Front Range Community College, and during that time, she was in her mid-teens.

She wanted to become a  nurse or paramedic but, she was discovered she had to be 18 to take Colorado’s nursing test, she tried modeling.

Alice Greczyn was approached by a talent manager in Colorado and set her career in motion. She began her career from the movie ‘Sleepover’ in 2004 and later appeared as Alayna Collins in ‘Quintuplets’ from 2004 to 2005. She portrayed the recurring role of ‘Lincoln Heights’ and ‘Privileged’.

Despite being played so many films and television series, she has not been awarded and nominated in her career to date.

She has an estimated net worth of around $5 million and she has earned that sum of money from her from a professional career.

It seems she has not been involved in any type of rumors and controversies in her career and she has not harmed to any people either.

Alice Greczyn has a height of 5 ft. 6 inches and weighs 53 kg. Alice has dark brown eyes and brunette hair. Her body measurement is 32-24-34 inches.

To know more about Dorothy Lyman, Kimbella Vanderhee, and Hilaria Baldwin, please click on the link.